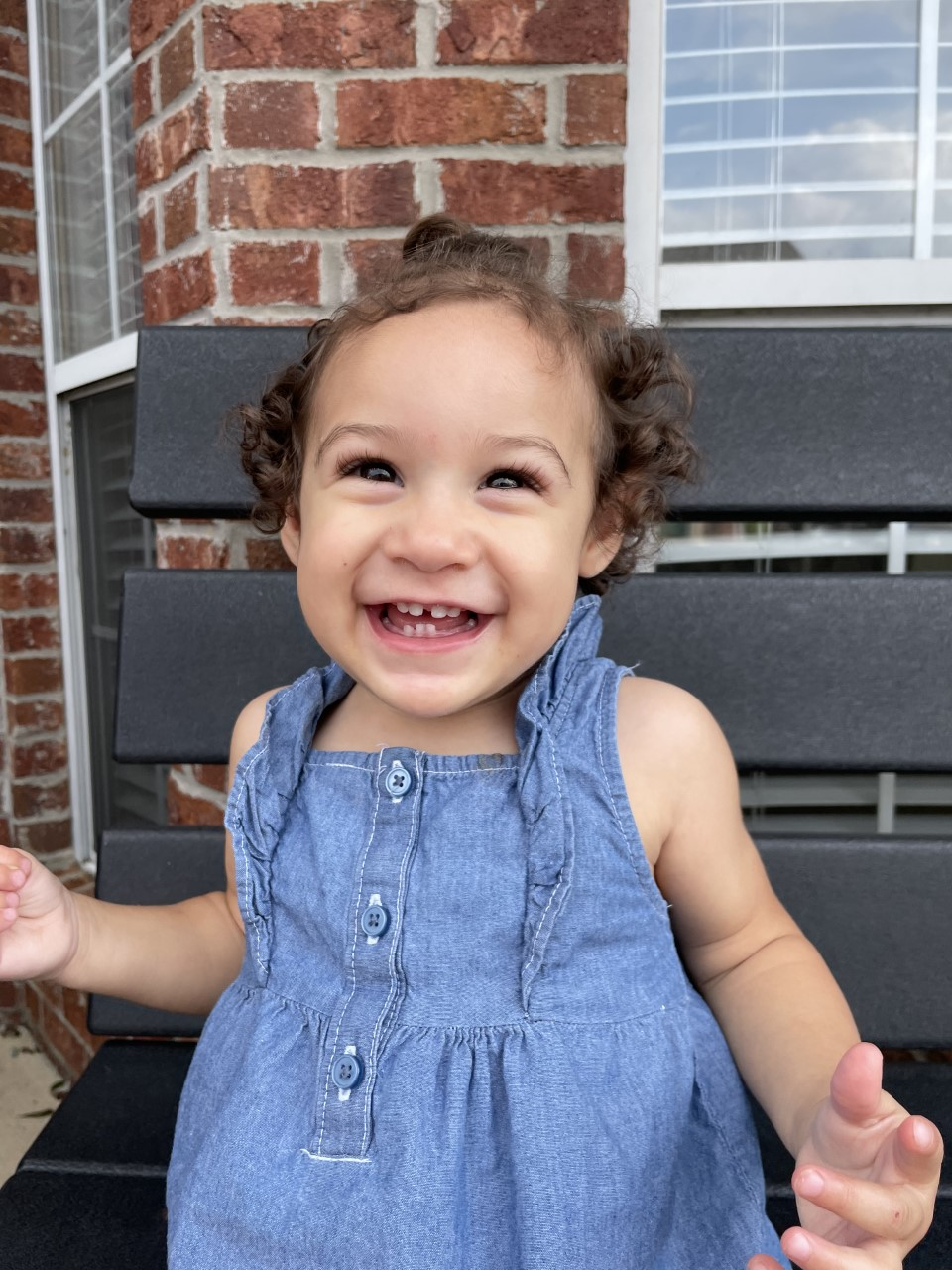 My daughter, Carson, was born in June 2020. I received a call 1.5 weeks later about Carson’s abnormal newborn screening. I was told it was most likely an error, but they were suspecting Homocystinuria and needed to redo the newborn screening. I ended the call confused and scared.  A week later, I received a call confirming that Carson had Homocystinuria due to severe MTHFR deficiency. A geneticist wanted to see us immediately. The first appointment consisted of explaining the condition, examining Carson, blood work, and a genetic test. She needed to start taking Cystadane (Betaine) and daily B12 injections (at least until we received the results of the genetic test at which point, she no longer needed it). Carson started both of those within two days of seeing the geneticist.

For these first three weeks, Carson barely gained any weight and she spent most of the time sleeping. By this point, she had been taking the medications for about 3 days and I noticed she started to become more alert. With her eyes now staying open longer, I noticed that she had trouble focusing them. She was trying to look at me, but her eyes were uncontrollably rolling up. I took a video and sent it to her doctor. I was told to get her to the ER immediately, that it may be a sign of seizures. I saw Carson have three seizures that day, one of which was in the presence of the ER doctor. After the doctor witnessed a seizure, she immediately called Carson’s team of specialists. They wanted Carson flown to their facility 4 hours away to monitor her.  Carson was in the hospital for 3 days. She had an MRI and an EEG. Her Cystadane was also increased. I started noticing major improvements the second day. That was the first time Carson was able to open her eyes and stare at me. All tests were looking good so she was discharged. Carson had not even been taking Cystadane for a week at this point. I believe as the Cystadane was beginning to lower her homocysteine, and she was sleeping less and was more alert, we were able to notice symptoms that were previously hidden.  Carson had a one month well visit exactly one week after she was brought to the ER. After not gaining any weight for the first three weeks, she gained over one pound in only one week of starting Cystadane.  Carson is consistently 3-4 weeks behind developmentally. It was almost as if Carson completely “lost” that time before she started taking Cystadane.  In the beginning, we were traveling to Gainsville every two months to see a geneticist, metabolic specialist, neurologist, and ophthalmologist. We now have to go every 6 months. Carson also sees a physical therapist once a week.  Around 6 to 7 months, her development exploded! Within one month, Carson started rolling, sitting, and crawling. She started walking at 11 months. She is currently 14 months old. She recently started babbling, clapping, and saying “yum” for food. We have not had any major issues since she went to the hospital at 3 weeks of age. Carson is the sweetest and happiest baby. It is impossible to look at her and tell she has a rare disease.