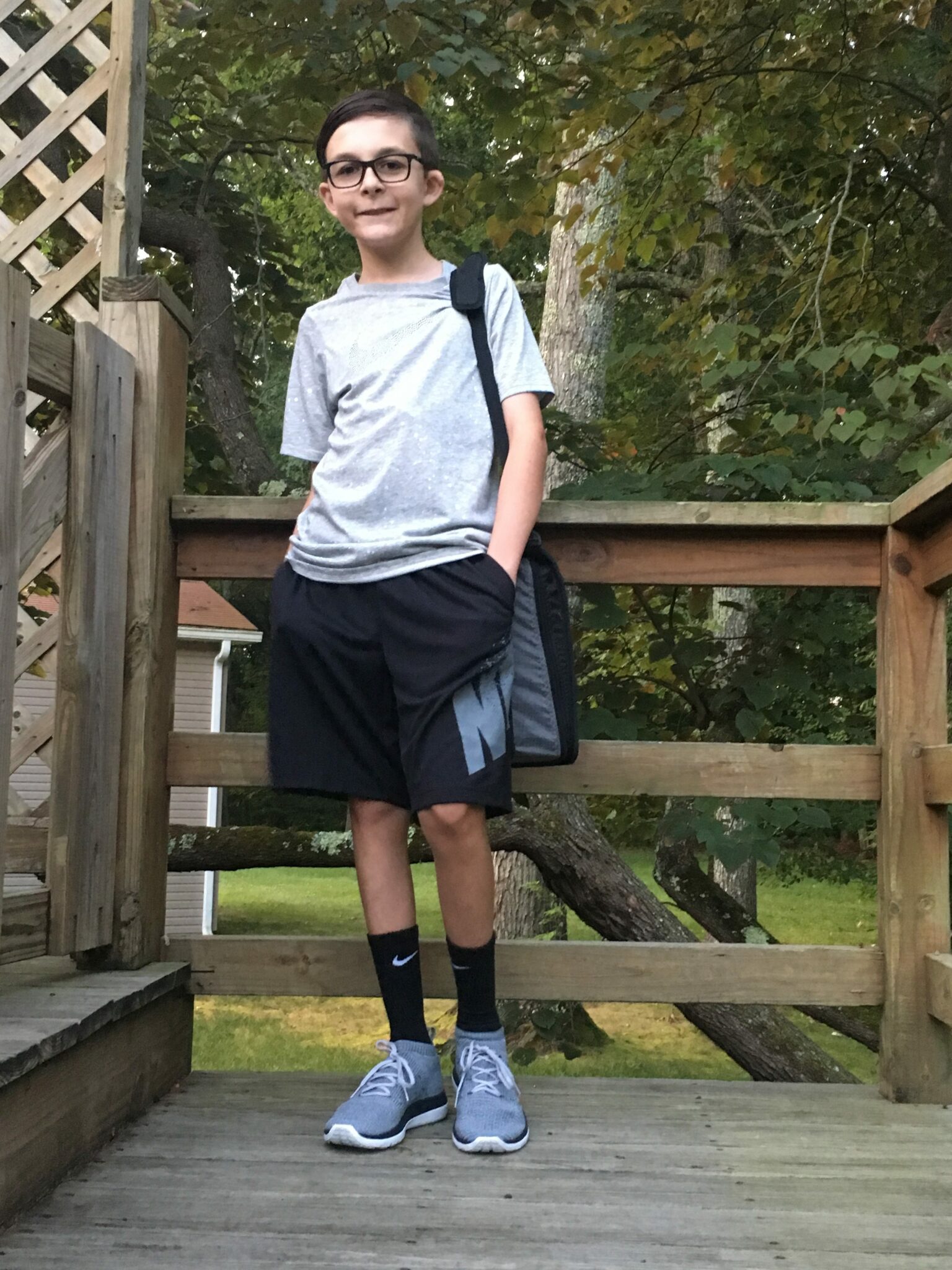 Landon was diagnosed with HCU at the age of the 4. When he was born in 2007, they had not yet begun testing for Homocystinuria in our state. Our journey to diagnosis was a very long and hard one. Landon was misdiagnosed several times, and from 9 months until the age of 4 we went through 5 pediatricians, and traveled all over our state to see specialists. Landon’s symptoms began with not meeting milestones on time with the other children. He also had some severe sensory issues that caused us concern. Upon recommendation of our pediatrician, we placed Landon is occupational and physical therapy. Landon did not talk or crawl until after the age of 1. He remained very weak and his sensory issues became worse. Landon would do a lot of repetitive play, and preferred to be left alone. Landon also began to lose the few words that he had learned to say. It was then suggested to us that Landon had autism. We immediately took Landon to a local Autism Center for an evaluation. We were told at the Autism center that Landon may be autistic, but they were not sure and they suggested we have some testing done on Landon by a psychologist, and we then began down that road.

In the time it took to get psychological testing at various places Landon’s condition became worse. We were told on several occasions by numerous doctors that Landon was a boy and boys were slower to develop, and we were also told by some that Landon was mentally retarded and we needed to stop having him tested and accept the diagnosis of MR. But being with Landon every day and watching him, I knew that there was more going on. So I continued to take him to different doctors, ask for different testing and pursue an answer. And by the time Landon was 4, he had become unable to run and play without extreme tiredness. He could not retain things he had learned, and he became very weak on his left side. I went to a new appointment with our 5th pediatrician. When he saw Landon he was terribly upset and looked me in the eyes and said…..“Your baby will die soon, he is very sick and he needs to get out of the state” and he sent us to Cincinnati Children’s Hospital. After an initial misdiagnosis there, he was diagnosed properly with Homocystinuria and we began treatment. 6 months after we began diet and medications, Landon’s body began to respond, and with a lot of OT, PT, and speech therapies Landon has finally been able to catch up to his peers in most ways.

We almost lost Landon. The damage to his body and brain were severe and caused a lot of health issues, muscle damage and developmental delays that could have all been avoided with a simple blood test. Through our journey we learned how to be better advocates for our child, and to encourage others to advocate for their children and to follow their gut instincts when it comes to children and their health and safety. Landon has his ups and downs with this disease, and the hardest part for us is the diet. Landon absolutely refuses to eat the low protein items that are offered from Cambrooke and PKU Perspectives, we have tried everything, so Landon’s diet mainly consists of fruits and veggies. This makes variety challenging, especially when packing his lunch every day for school. I hope that someday he will choose to branch out and try new foods. We encourage him often.

Our advice to families beginning this life changing journey would be to take one day at a time, talk to each other and support each other. It can all be so overwhelming. With proper diet and medications the future can be as bright as anyone’s!