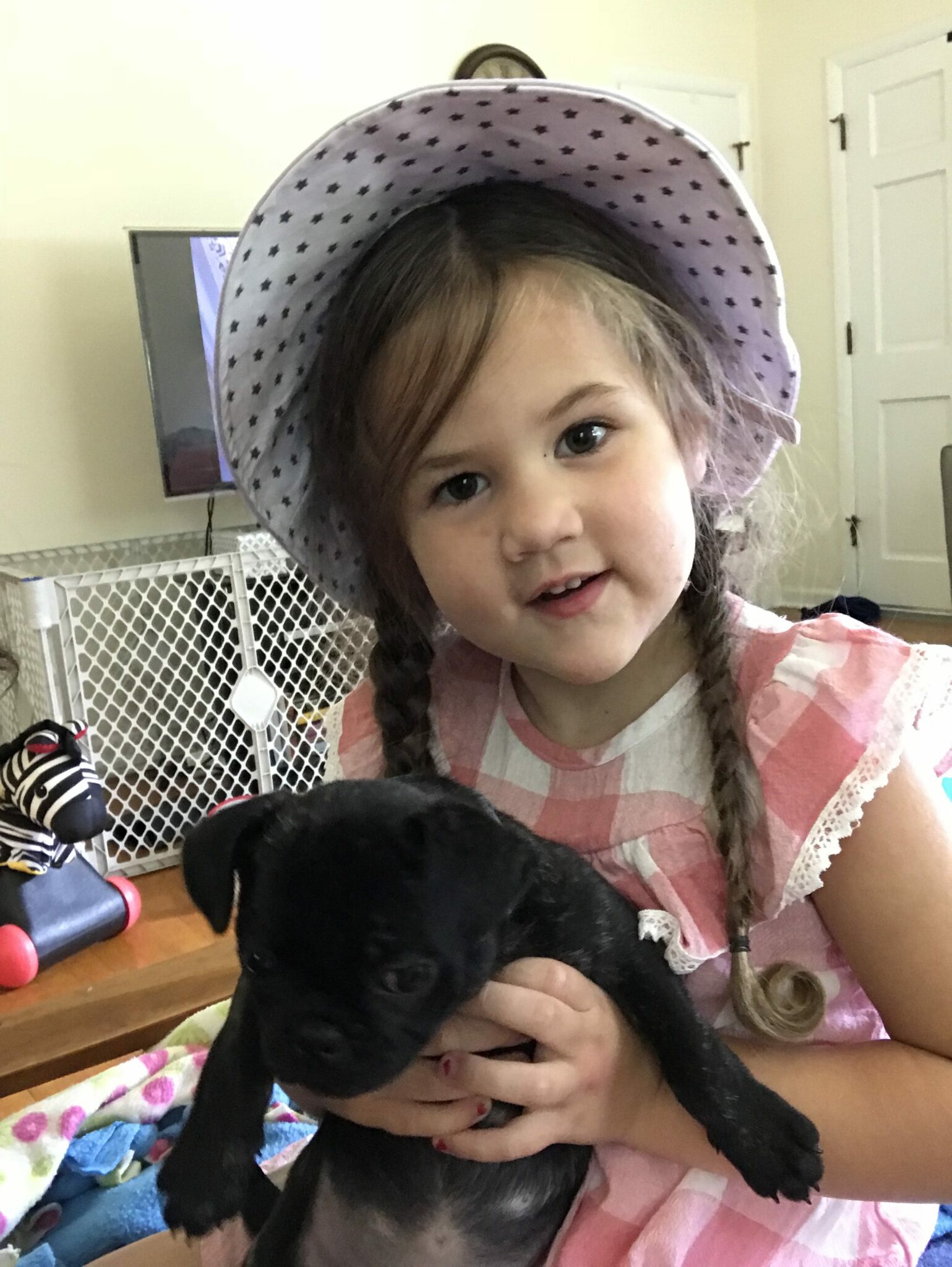 Charlotte is my first born and I really didn’t put any thought into the newborn screening. She was born at home so there was no hospital requiring me to have it done but thankfully my midwife serves on a board for newborn screenings and made sure I knew how important is was to have it done. I still didn’t think it was very important, but had it done anyways. After she was born, and the test was done I completely put it out of my mind thinking I would never hear anything about it again.

When Charlotte was about 2 weeks old we got a call from my midwife saying she had tested positive for Homocystinuria.  She told me she had never heard of it, but it could be a false positive because the test took so long to get to the labs and it was exposed to cold temperatures since it was January. She came and performed a second screening and told us in the meantime we needed to establish a pediatrician in case further tests were needed.  We went to a pediatrician within a couple days and told her what was going on. She assured us that the condition was rare and there were many benign reasons for her levels to be high. She said that Charlotte most likely wouldn’t have the disorder. I felt so relieved and put the whole thing out of my head.  A few days later the test came back, and it was also positive.

A blood test specific for testing homocysteine levels was ordered and we went to our local hospital to have it done. Much more blood was needed for this test than the newborn screening. Because Charlotte was only three weeks old and so small the phlebotomy tech had a tough time getting the blood sample. She tried three times and then called in a doctor who specializes in premature babies to try. It still wasn’t enough, and they had to do a heel prick to get the last little bit needed. My three-week-old 7 pound baby was pricked a total of 5 times. I was so upset I felt like I was going to pass out.

After this test came back confirming elevated homocysteine levels, we met with Dr. Wilson, a genetic specialist, and Barb Goodin, a dietitian at UVA. They tried to assure us that this disorder was very rare and that there were benign reasons for her elevated levels that would sort themselves out. They also let us know that if she does have it she will be fine and live a normal life. They started her on a formula called Hominex-1 and some vitamin B-6 just in case. In the meantime, they ordered yet another test to check her homocysteine levels. At this point I felt in my gut that she had it and wished that they would just diagnosis her already.

Her results came back, and her levels were still elevated. It was at this point they decided to do genetic testing. A short while later I got a call confirming she had Homocystinuria and she was not responding to the vitamin B-6. Charlotte was 2 months old at this point. I felt relieved to finally have a diagnosis but at the same time I was devastated. I felt so unsure of what her future would look like but thankfully Dr. Wilson and Barb assured us she would be completely normal and live a regular life. She would just need a low protein diet, medical formula, and some supplements and medications. They have been such a wonderful team for Charlotte and our family and we are so thankful for them.

Her diagnosis has affected our family tremendously. Having to weigh and track her food everyday can sometimes be a struggle. Some days are so hectic that having to stop and track everything can be stressful. Going out to eat, family functions, birthday parties, or traveling requires a good deal of planning ahead and making sure there are things she can eat, and if not, bringing her food myself. My family also checks the nutrition labels on all the foods we eat to see if they’re Charlotte friendly. Before we never paid any attention to food labels.

Victories for us are finding new foods Charlotte likes that comply with her diet. Since she’s three and autistic she is extremely picky about food. So, finding something she likes is always a major victory. I recently made her some pizza with a gluten free pizza crust and she liked it so much she not only asked for seconds but asked for thirds! And because it was so low in protein I could give her those three pieces of pizza.  I did a major happy dance that evening. I’m also lucky enough to have an amazing family who always make sure to have food for her, are always on the lookout for new things for her to try and took the time to learn how to weigh and track her food so they can watch her for me.

We have struggled with  finding foods she likes. She doesn’t like a lot of the low protein foods I’ve ordered for her and often refuses to even try them. Just about every low protein recipe I’ve made she has refused to try. I often feel like her diet isn’t varied enough. It was also hard after her younger sister was old enough to eat solid food. Before there was mommy and daddy foods and Charlotte foods. But when she saw her sister eating the same things as my husband and me, she wanted to eat them too. Explaining to a two-year-old that she can’t have the same foods as her sister was hard. I also feel a little self-conscious weighing her food in public. I worry that people will misinterpret what I’m doing and assume I’m counting her calories to keep her slim.

What I would say to someone who is new to Homocystinuria is to just stop and breathe. Everything will be okay. There are many different variations of normal and while this version may seem hard to navigate you will make it through. Don’t do what I did and focus on all the things that go wrong and all the hardships you or your child could face. Just take things a day at a time and focus on the victories, big and small. And when you feel lost, reach out for help. We have a great community of people full of knowledge and experience who are always willing to lend a helping hand. You are not alone.