I was diagnosed with homocystinuria at the age of 4 and a half. I don't remember much before I was diagnosed other than I loved chicken. As a child, I was devastated that my life was going to change forever. I soon realized that my life would consist of many doctors’ appointments, and I would be missing a lot of school. I wanted to be normal and did not know how that would be possible.

Once diagnosed, I was sent to the pediatric geneticist at University of Michigan. My diet changed almost immediately; I started taking a formula which had all the amino acids in protein except methionine. I also had to eat a low protein diet. As a child, I didn't understand why I was different. Friends would often ask, "Do you want a candy bar?" Initially, I would quickly respond to this question saying, "I'm allergic." I now explain that my body does not process protein effectively.

We spent the first six years at the University of Michigan, until my doctor announced that he was going back to Baylor, Texas. He recommended a specialist out of Rainbow Babies in Cleveland, Ohio. For the next few years I continued my care there.

Camp
When I was about 12 years old, I finally met someone who lived in my state and also had Homocystinuria. It was very hard to keep in touch because of the distance between us, but I finally realized I was not alone. Around that year, I started going to a PKU Camp in Ohio. I learned there are other people who have metabolic disorders, and they also have to follow a low-protein diet. Throughout the years, between the summers, I often felt like no one understood me. I was constantly explaining myself and answering hundreds of questions. This was overwhelming as a teenager who didn't have a lot of communication with other HCU patients.

The College Years and Beyond
Right before my 21st birthday I switched doctors to the Detroit Medical Center where I would be for the next 5 years. At first was happy, but I grew bitter against the physician as I was lied to on multiple accounts. At the same time, Michigan’s governor passed a law stating that if you have HCU you would qualify for Medicaid and the formula would be covered, but not the low protein food.

I was able to go back to Mott Children’s Hospital. I am now under the care of my original team who is honest and is teaching me more as an adult living with HCU. One thing about living with HCU is remembering support is key. I am very lucky to have a great supportive family who has encouraged me to live my life to the best of my ability. My best piece of advice is to stick close to the ones who support you. My parents are my rock. They’ve been the most supportive people in my whole life.

Formula and Treatment
Michigan didn't have many choices for HCU formulas. The first formula I was prescribed was Hominex 2. I was on that formula until I was a junior in high school. During my junior year, my nutritionist at the time, encouraged me to switch to the Vitaflo HCU coolers. I was on the coolers for about 8 years, until my body developed some allergic reactions to them. I am now on Mead Johnson HCY2. Unfortunately, it doesn't have the convenience of being pre-mixed. I think it smells like cake batter, and boy do I wish it tasted like it. Now I’m currently trying HCU Easy Tabs.

Treatments are always changing, and I am thankful for that. My prior metabolic team had asked me to consider a liver transplant. I wasn’t comfortable with this because there wasn’t a lot of research done on it. Deciding to wait it out was the best decision I could have made. In January of 2019, I started my enrollment in the clinical trial of OT-58. This drug looks promising for the HCU community. I’m looking forward to seeing how this drug can shape HCU history. 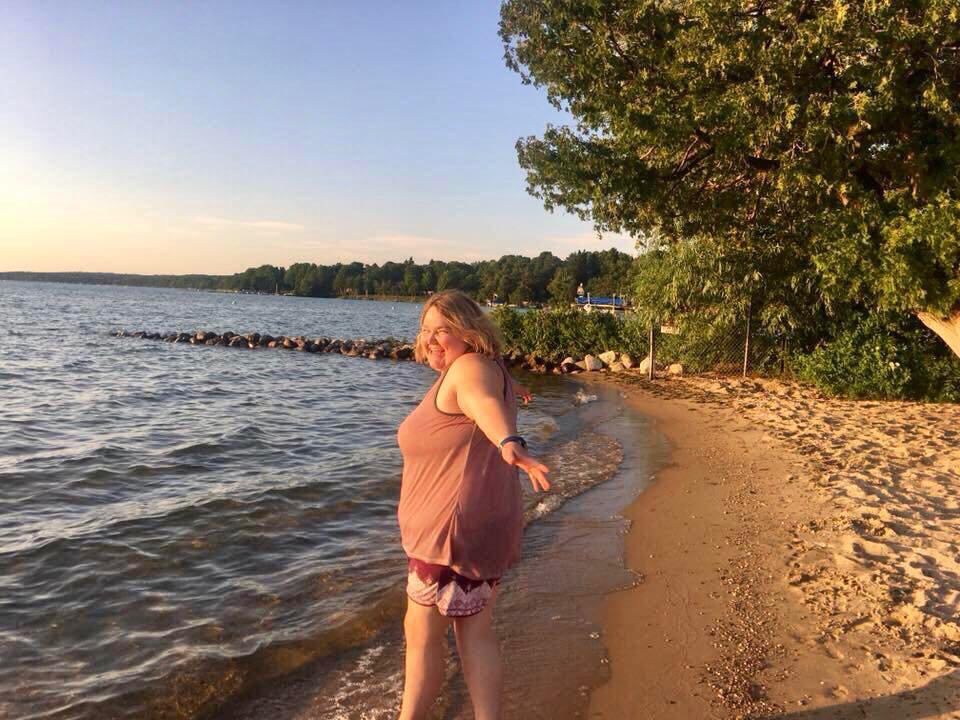 Donate in honor of Jessica