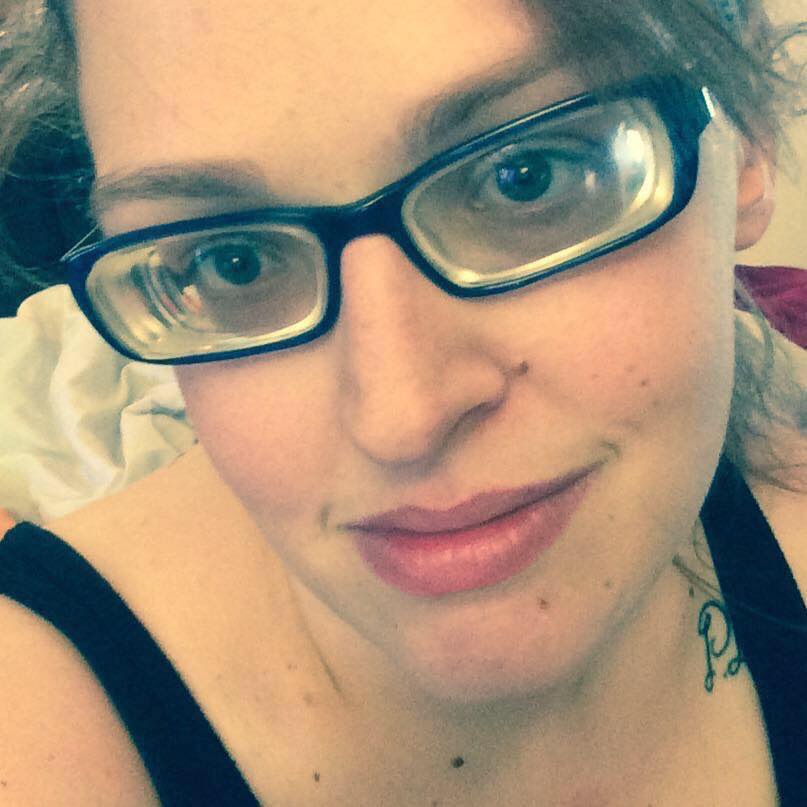 My name is Kelly and I was born on October of 1989. I appeared to be a perfectly healthy baby, the youngest of three, to loving parents and two wonderful older brothers. I appeared to be just another little girl until the age of three when it became obvious to my parents that I was becoming more and more agitated; and losing fine motor skills. At five years old, I was diagnosed with laterally subluxation in both eyes and high myopia (nearsightedness). My parents prayed new glasses would solve many of my problems. However, I was instead diagnosed with Homocystinuria, a rare autosomal genetic recessive Inborn Error of Metabolism. The familiarizing of medical phrases like “inability to produce the amino acid methionine”, “toxic buildup of homocysteine” and “low protein diet for life” would become the normal from that moment on.

What life doesn’t prepare you for is the disgusting taste of the medication that you are now expected to take multiple times a day, for the rest of your life. What no one can prepare you for are the social, financial, and emotional implications and complications that come with a rare diagnosis. What doesn’t sink in at the time of the diagnosis is that this is for life. You can’t take it off like you can a mask. It doesn’t go away at eighteen or twenty-six; it doesn’t go away at all until we are dead.  How do you begin to explain any of that to a sick child, let alone a parent receiving what is easily one of the most overwhelming and terrifying pieces of news?

In order to not starve, protein from a “normal diet” must be replaced with modified protein medical formula, and a low protein diet for life. There is no way to modify the diet without also taking formula. This includes things like low protein pasta, bread, baking mix, etc. that can only be ordered from one of a few specialty medical food companies. These companies ask that you pay a certain amount before they will ship anything to you, so you end up paying in many cases, minimum of fifty dollars for food that doesn’t last you a week.

As I said, I was diagnosed at five years old, about the time most children enter kindergarten and elementary school. This would play a critical role in not just my social development, but on how I would begin to view myself. Growing up, most of my peer’s parents didn’t want me to play with their children, either because they didn’t know what they could feed me, or they didn’t understand my disorder, either by choice or ignorance.

I remember taking out the elementary school phonebook; and calling each and every person in my grade, just looking for a friend to play with; just looking for some small bit of normalcy in a sea of things that set me apart socially or developmentally. Each time I called I would generally be told “they aren’t around”, “they are at (fill in the blank weekend activity)”, etc.

So with very few friends who could or would come over to play, I took to movies for comfort and solace. I learned many social lessons from watching TV and movies growing up. I identified with the outcasts of  the X-men, Spider-Man, Disney characters like the Beast, and Quasimodo; I saw what I wanted to be in characters like Batman, Frodo, and Harry Potter, characters on the outskirts, considered as monsters, but who still choose to not turn their backs on the very societies that would demonize them, for simply being different. The ones who still tried to do the right thing and make the world a little safer for those like them, and everyone by extension.

At home, I would have to go through the battle of taking medical formula, the thing keeping me alive, that tastes like vomit, no matter how you try to flavor or disguise it. This would be difficult for an average child, but I wasn’t.  I was hyperactive, easily frustrated and prone to violent mood swings as a result of the disorder. I also had sleeping difficulties and issues with low energy.  My mother had to cut back on her work hours to take care of me, my diet, and to take me to doctor appointments. At the same time the additional financial struggle of paying for expensive food and formula, were also added to the family budget.

As a direct result of the diagnoses, I have had to have extensive dental and orthodontics work to correct my misaligned teeth. The oral work started at seven or eight years old, and continued on and off until I was in my early twenties. I was in and out of therapy, O.T., counselor’s offices, resource classes to allow for extra time on homework and tests, etc. This was on top of the days I had to take off from school for doctor appointments. I remember in the early years of elementary school, praying to God for a cure for this disorder. I prayed every holiday and birthday, because all I wanted was a normal life. By fourth grade I stopped praying, because I no longer saw a point.

When I was fourteen years old, I got sick with sinusitis with bacteremia, causing me to throw up twenty pounds of my body weight, and having severe sensitivity to light and dehydration. I was in the hospital for a week and a half. During this time I found out the internal carotid artery in my head, leading to my brain, is narrowed, and as a result I was put on blood thinners.  I was wheeled out of the hospital at fourteen, with twenty specialists now working around the clock to keep me alive.  This incident left me almost dead, and for the next year I fell into such a deep depression that enjoying anything was not physically possible.

In 2006, when I was sixteen years old, my medical formula at that time cost $891 a month. Insurance companies refused to pay for it because it wasn’t considered a prescription drug, despite needing a medical doctor’s order for it. This was the reason chosen to discriminate against me because the medical formula had/has a different classification, so that it does not have to go through lengthy, rigorous FDA approval of chemical compound medications. Our insurance carrier at the time told my parents that my formula was “not medically necessary” because I can physically ingest it, and that it would not be covered unless taken via tube feeding. In 2006, twenty five states had passed laws mandating coverage of medical formula and low protein food products. This is to prevent insurance companies from taking advantage of this distinction.

Like many patients who often feel discriminated against and dehumanized, due to what is considered “otherness”, and lacking access to resources, seeing how easily my life could be written off, and dismissed, not giving a thought to the consequences of not covering formula and low protein food.  It was all I needed to go “off diet”. The taste of the medical formula and low protein food didn’t help this matter.

While some insurance companies have changed their policies to cover us until the age of either eighteen or twenty-six, this leaves us wondering as patients, what happens afterwards? Our problems don’t go away. No one waves a magic wand, and suddenly we’re cured. Reality doesn’t work like that, and pretending it does, is insulting to us, our families, our medical teams, our intelligence and the struggles we face every day.

At the time of writing this, I am thirty one years old, the election just took place, and while some are worried about how long Covid-19 will stick around, I have come to the realization that it is my moral, ethical, and social obligation to continue the work done by my parent’s generation. People like my mother who fought for so long for medical food legislation in the state of Michigan; my aunt who worked with a medical formula company to assist children like me, her coworker who started her own company and offers cooking demonstrations to educate patients on how to properly prepare food, so walking into the kitchen isn’t the worst part of their day. People like my geneticist and dietitian who have stuck by my side since that medical crisis in 2004 when I was fourteen and nearly died. They advocate for so much more than just medical needs. People like the endocrinologist who despite having Parkinson continued to advocate for people with rare disorders, until he was physically no longer able to do so. He was a giant, a rock and someone I miss every day.

I am the Homocystinuria rep for the Patients and Providers for Medical Nutrition Equity Coalition. I am proud to stand in the place of those who came before me, through this work I have found my voice. Through this work, I have realized I am not a monster; I didn’t deserve what happened to me, I firmly believe that we owe it to the next generation to do better, so they don’t have to go through what we did. If we want more for the next generation of patients, then we have to take actions that support, protect and defend them throughout their whole lives.