HCU Network America Board of Directors is pleased to announce that Danae’ Bartke has been hired as the first Executive Director of the organization. Danae’ has a strong background in nonprofit leadership. Prior to this role, she was an active member of the board and was then elected President of the PKU Organization of Illinois, and has been an active patient and advocate in both the Homocystinuria and Inborn Errors of Metabolism communities. Danae’ also served as a bookkeeper for a small business. 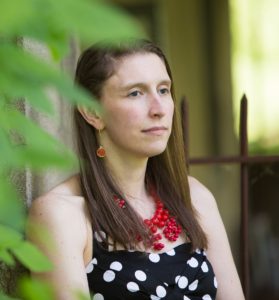 “We are thrilled to have Danae’ step into this important role and continue the momentum she helped establish in her role as co-founder of HCU Network America and treasurer and secretary of the board", says Margie McGlynn, President of the Board of HCU Network America. "Danae’ has volunteered her time to establish our operating and financial systems, coordinate our inaugural campaign and create the organization’s website.   The early success of our fundraising efforts has enabled us to hire Danae’ in a part-time capacity so that she can focus even more of her time to provide support for the HCU community.  As a patient with HCU who has figured out how to successfully manage her disease, Danae is especially motivated and sensitive to patient perspectives and needs."

Homocystinuria is an inherited metabolic disorder.  Patients with Classical Homocystinuria (the most common form) cannot break down the amino acid homocysteine (amino acids are the building blocks of protein), which the body makes from the methionine that comes from protein in our diet. Under the Newborn Screening Saves Lives Act of 2008, Homocystinuria is now tested for at birth in all 50 states. About 50% of patients can be successfully treated with pyridoxine (Vitamin b6), the other half require other vitamins, a special restrictive low protein diet and supplemental dietary formula. Patients who are undiagnosed or off diet are at risk of cognitive and physical developmental delays, lens dislocation of the eyes, scoliosis, blood clots and strokes.  They will have to remain on diet and be treated by a metabolic geneticist for their entire lives.

HCU Network America had been a dream of Margie McGlynn, Danae’ Bartke and Kristin Rapp’s for quite some time.

McGlynn had two sisters who were diagnosed with HCU in the early 60s, a few years after the discovery of the disease. While her sisters had a diagnosis, there were no treatments available, and little information on the importance of low protein diet.  In 1972, both of McGlynn’s sisters passed away. Her sisters’ passing was her motivation for attending pharmacy school and to eventually help organize what came to be HCU Network America.

Bartke was diagnosed with Homocystinuria at the age of 10. She struggled for years with the diagnosis and diet. In 2009 she suffered a blood clot due to being off diet. “Having the blood clot served as a wakeup call, it provided me with a second chance” says Bartke. After her hospitalization, she made it her mission to help find a way to give back and advocate for the Homocystinuria community.

Rapp was diagnosed with Homocystinuria through newborn screening.  She was the first infant diagnosed in the State of Maryland.  At the time of her birth in 1977, treatment by diet was considered experimental.  Although the diet is difficult to maintain, Rapp has not suffered any major complications of the disorder.  She strongly believes this is due to her early diagnosis and treatment by diet throughout her life.

In 2011, Bartke, McGlynn and Rapp met at the first ever Homocystinuria patient conference in Denver, Colorado.

Bartke and McGlynn reconnected a few years later and agreed it was the right time to establish a patient support group. In 2016, they both traveled to Prague to attend the first Patient-Expert meeting on Homocystinuria and Remethylation disorders. There, they met with Tara Morrison, who founded HCU Network Australia. Morrison organized the meeting in Prague, bringing together HCU medical experts and patients as a way to gather resources and inspiration for their organization.

In June 2016, HCU Network America was incorporated and in October 2016 was granted 501c(3) status by the IRS.  HCU Network America’s mission is to “help patients with HCU and related disorders manage their disease and find a cure.” Within a few short months of incorporating, they have successfully developed a website, organized an inaugural donation campaign, and hired Bartke as their Executive Director.

There are many unmet needs for patients and family members affected by HCU and related disorders. In addition to the need for better treatment, easier to follow diet and improved metabolic supplements, comprehensive information is needed on the disease, how to manage it and how to address the consequences. There is a need for improved diagnosis as many patients take years to be diagnosed and newborn screening does not detect all cases (most cases of pyridoxine responsive HCU are missed by newborn screening). Access to needed medications and nutritional supplements can be challenging and reimbursement support is needed. There is also a need for access to specialists who are experts in the disease, especially for patients who are not near major medical centers. Patients and families also want to connect with one another to share information and best practices living with HCU.

Our Role and Goal in the Community

HCU Network America is the only organization in the United States designated for patients and their families dealing with the diagnosis of Homocystinuria or related disorders. Our key goals in the first year of operation are as follows.

-          Complete the operational set-up of the organization

Patients and family members affected by HCU are encouraged to visit the website or contact Danae Bartke and register for our contact list, so you can be included on important communications from the organization.