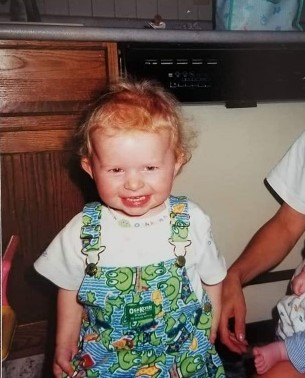 My name is Samantha and I was not diagnosed through newborn screening. I was breastfed as a baby. My childhood genetic doctor, Dr. Greenberg at the Health Sciences Center in Winnipeg, Manitoba said this was probably one of the reasons why I didn’t get sick until foods got introduced into my diet.

In my first few years I was one of those cranky babies; little did anyone know this was because I was actually a sick little girl. I was diagnosed with CBS deficient HCU around the age of 2 years old. I was seen by Dr. Chapman who noticed my lenses were dislocated and had referred me to a childhood eye doctor. In November 2013 I underwent outpatient eye surgery to correct my bad lazy eye syndrome, which I had in both eyes.

I was put in the hospital around the age of 2 for several week at the Children’s Health Sciences Center in Winnipeg after I had multiple seizures per day (no knows exactly knows when the seizures started.) I also had started to lose muscle tone to the point where I was unable to sit up on my own. I don’t remember exactly how I was diagnosed; however, I was put through multiple different tests.

Homocystinuria has affected me growing up and currently in adulthood primarily with eye problems. (On my last exam my left eye was -9 and my right eye was -10). At some point in the next year or two I will have to undergo outpatient surgery once again to correct my lazy eye syndrome, and to correct my double vision. I was told at my last eye appointment with a specialist in September 2019 that I don’t look straight at people and that my head is slightly tilted out of alignment .(I was shocked to hear this, but always had a feeling I never looked totally straight at people, with comments here and there growing up.)

It was predicted by my doctors at the time when I was first diagnosed that I would not make it through my first year - I proved them wrong. Later on my doctors thought I would not be able to walk or talk - I knocked their socks off once again proving them wrong. Growing up, I did have speech therapy as I did not talk till a later age in development. Once I figured out how to talk, I never stopped. I do have some speech problems 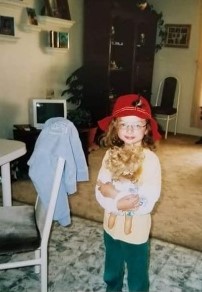 with stuttering and I believe this is from consuming too much protein. My limit is 40 grams per day. However, under doctor’s supervision, I have cut that in half to 20 grams of protein per day to see it the stuttering decreases. I have always found it annoying when I stutter to the point where I will change wording just to complete a sentence, or stop all together because people don’t have the time to listen to me trip over my sentences. Growing up I found myself to be unbalanced and sometimes still feel this way. 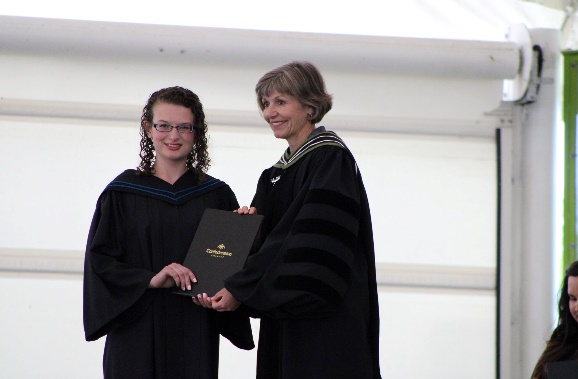 I feel I have overcome a lot of my challenges by showing people I could do what they thought I was never capable of doing – I proved them wrong. Adults thought I was dumb, but it turns out I was smarter than they thought. I graduated from High School in 2016 and graduated from Confederation College in Kenora, Ontario (my hometown) in 2019. I studied Early Childhood Education and I am now a Full Time Preschool Teacher. I teach children ages 2.5 years to 4 years in age. I teach children about colors, numbers, patterns, ABC’s, nursery rhymes, songs, and much more. I love every minute.

I have recently found that I love to travel. In September 2019 I traveled to multiple places in Australia for a month and absolutely loved every minute! My next trip is coming up in October 2020 and will be travelling with my good friend Paige to different parts of Egypt. I cannot wait, I’m so excited!

Over the years I have gotten better at telling my friends and co-workers about my genetic disease. They do not understand fully what Homocystinuria is, but they do understand that I cannot have a lot of foods that they normally eat. They are great in accommodating my needs when it comes to outings and asking what I am able to have.

If I ever get the chance to tell another HCU patient or parents of a child newly diagnosed, I would tell them, “things will get worse before they get better, but not to worry as there’s always a light at the end of every tunnel”. I would tell them to never give up on yourself or your child and to always believe you or they are capable of doing anything, and to not look at Homocystinuria as a disability but as a gift of love for the person they or their child is now and will become in the future.