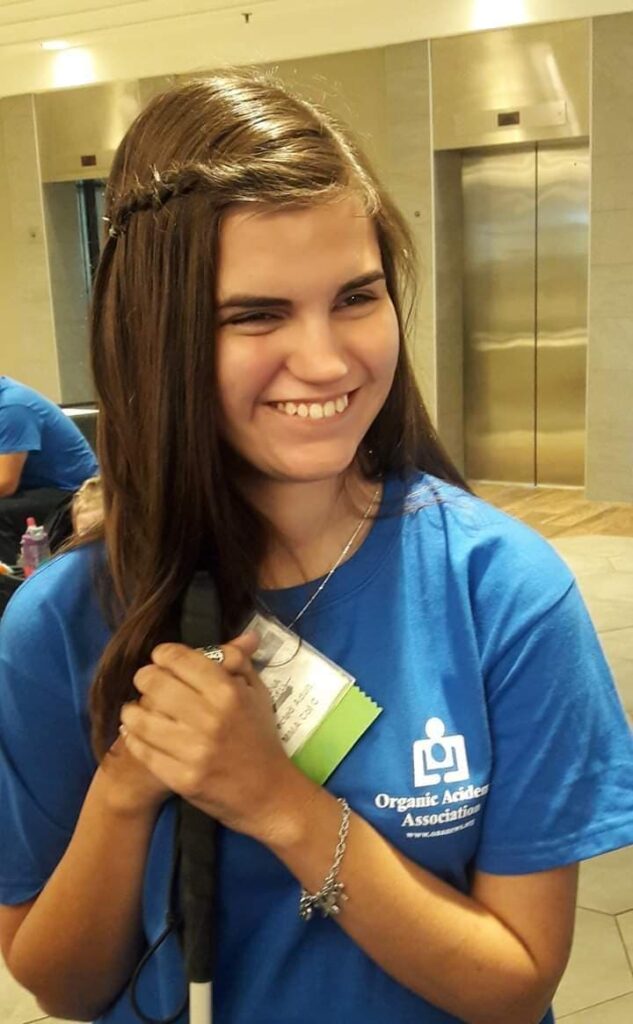 My beautiful daughter Sienna was born in 1998 with a metabolic disease called MMA-CblC, unbeknownst to me. Texas did not have newborn screening for MMA at that time. I had a relatively uneventful pregnancy except for pockets of air inside my placenta and the fact that she stopped growing towards the end. She arrived on October 28th weighing 4 lbs 15 oz and 17.75 inches. She was a little jaundiced, and I could not get her to breastfeed. I was able to take her home 48 hours later with the condition that she sees the pediatrician within the next few days. The pediatrician said she looked good, and she was only mildly jaundiced. I noticed that she seemed to sleep more than most newborns and had a hard time latching on to feed. She vomited a lot and was on 13 different formulas before diagnosis. I had a feeling that she had reflux due to all the vomiting. Her doctor ordered an Upper GI test, and it was confirmed that she did have reflux. Medications were not helping, and I had a mother's instinct that something was wrong.

On Valentine's Day in 1999, I took her to the pediatrician again. The nurse practitioner took one look at her, saw how pale she was and sent us to the lab to have blood drawn. Thirty minutes later she called me back and said the labs needed to be redrawn because somehow the test got messed up. After having blood drawn again, the results were exactly the same. Her hemoglobin was at 6 and a low normal is 10. We were immediately sent to a hematologist. The doctor thought that maybe it was leukemia. She was admitted into the hospital, and the next day her hemoglobin dropped to a 5.  She was given her first of many blood transfusions over the next two weeks. She had so many tests, such as bone marrow extraction and a sweat test, to try to determine what was wrong.

Over the next two weeks her health continued to deteriorate. The gastroenterologist thought it was a metabolic disease but said there were so many that it would be hard to find out which one. On March 1st she was intubated as she could no longer breath on her own. Her organs were shutting down and her red blood cells were fragmenting. She had a couple of blood exchanges with little improvement. I was told she would not make it through the night and to call family and friends to come say goodbye. We were devastated. I prayed to God to please spare my daughter's life, and I would take her however He saw fit, disabled or not, and I meant it. While waiting for our parents to arrive, the gastroenterologist asked if an autopsy could be performed if she died. That night was the longest night of my life. My strong girly fought so hard and made it through the night.

The very next day we were told that they finally had a diagnosis. I knew it was not good when the Chaplin followed us into the room to discuss it. We were told it was a very rare metabolic disease and that the outcome was not good. Fort Worth did not have any metabolic specialists, so we were care flighted to San Antonio. We were 5 hours away from home and family while staying at a Ronald McDonald house. We arrived at 2 a.m. and the very next day we met the metabolic specialists. She said that there were only 19 cases within the US and that most had died in infancy. We were told she would not live to see her 1st birthday. She was immediately started on cyanocobalamin injections and Cystadane. She also had a nissen wrap and g-tube due to her reflux. She slowly improved and almost 3 months later we were finally able to go home.

We followed up with a metabolic specialist in Dallas. Although we were told that she would be in and out of the hospital, she continued to thrive. We had a huge celebration on her 1st birthday. At age 2, she was diagnosed with severe vision impairment and uses a cane. She can't see text, so she reads Braille instead.

The next 13 years were smooth sailing until she went into puberty. Her homocysteine levels started rising, and she was hospitalized a couple of times due to complications. In 2014 we went to NIH to be included in a study on her disease. After many tests, we found out she was diagnosed with a heart condition called non-compaction. Unfortunately, we had to see 3 cardiologists before I could get one to listen to me. She started heart medications, and it really helped. About that same time, she started having debilitating migraines. She also was hospitalized about 3 or 4 times due to heat exhaustion, dehydration and migraines. 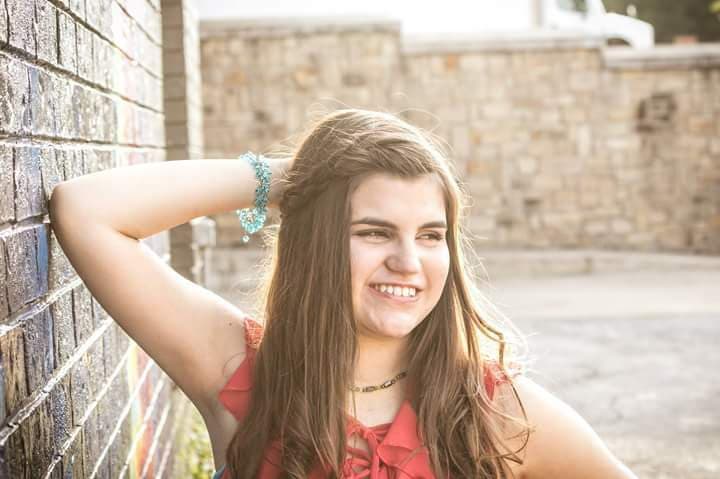 She will be 21 next month and is relatively healthy. We are still trying to manage her migraines better as well as her neuropathy in her hands, feet and legs. She gets fatigued easily, and we have to be careful during the summer (TX heat) because she does not sweat very much and gets heat exhaustion easily. She is happy, outgoing and always has a smile on her face. Despite her many challenges she remains positive. I thank God every day for her life.