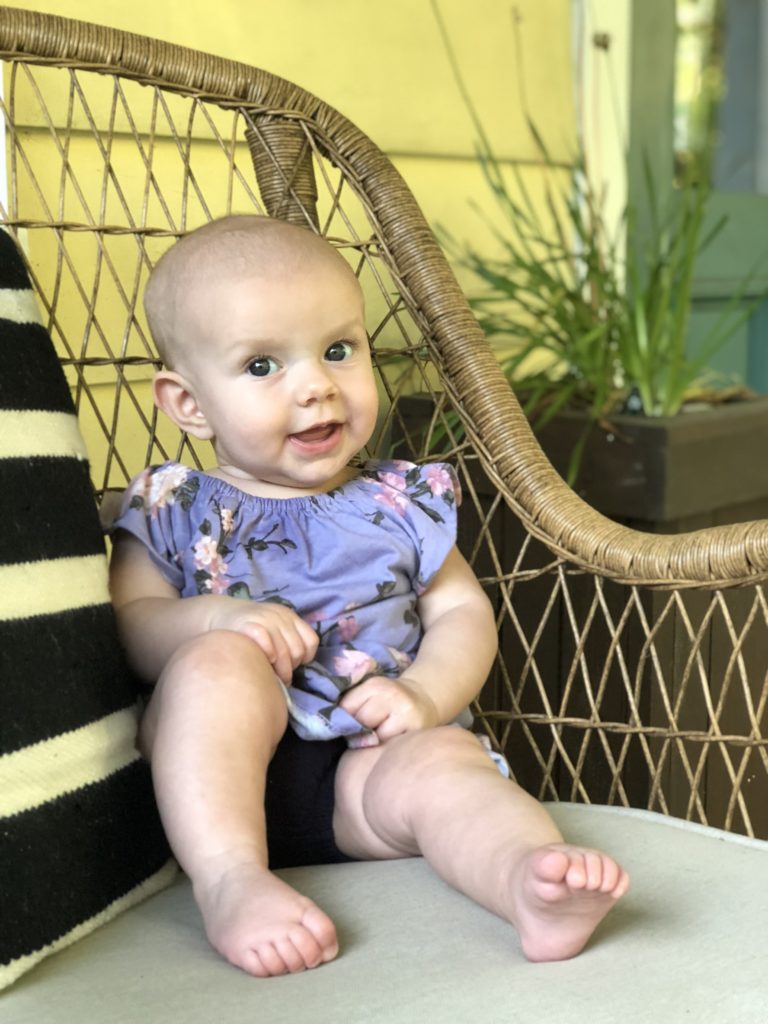 Ellie was diagnosed with HCU through newborn screening in April 2018. She had a repeat test done when she was a week old, and was then diagnosed at 13 days old. Her  level was over 200, which led her genetic doctor to  admit her into the NICU for 6 days. Since she was discharged, she has routine weekly blood draws and we are in close contact with her dietician and genetic team.

HCU has affected the way our family thinks about food.    Although she's not eating solid food yet, I am constantly   researching food substitutes and recipes that she can eat along with us. My family has dramatically cut meat from our diet to ease the transition when Ellie starts  eating solid food. We have another relative who has been  diagnosed with HCU, but never realized the effort it takes to stay within protein goals.

In Ellie's short HCU journey, she has had several accomplishments. The doctors/nutritionist have helped to bring her  levels to a safe range by limiting protein  intake and giving her betaine, both common in HCU treatment. Weekly blood draws help us monitor maintain her levels. At first, the blood draws were traumatic; it would take two people and several pokes to get a good sample. After about a month she began to get used to the blood draws and even smiles while a sample is taken. This is a huge success and led us to having a positive outlook on her treatment.

Since Ellie was born, she has not been a big eater. The nurses in the NICU even made comments about tube feeding her if she didn’t increase her intake. This makes reaching her daily calorie and fluid goals difficult. To overcome this obstacle, we give her less volume per feed and leave room for extra Holminex-1 at night to reach her fluid goals. Some days are better than others, but we make sure to keep close contact with her dietitians.

Ellie’s future is very bright. We are lucky that she was diagnosed at birth and could start treatment very early. Although her diet restrictions aren’t ideal, we have found several alternatives and live in a time where those food options are easily accessible. Advice I’d give to parents who are just starting their journey is to reach out to people who are affected by HCU. Connecting with people and reading others’ stories gives us a peace of mind. We do have days that we are heartbroken for Ellie, but remember she wouldn't be her without HCU and we wouldn't change her for anything.