My journey started 39 years ago when I became the first person in the state of Maryland to be diagnosed with Homocystinuria following the start of mandatory newborn screening.   My parents, Bill and Cathy, were both shocked and concerned when they received this news.  My pediatrician, who was trying to answer my parents’ concerns, took out the medical dictionary and looked up Homocystinuria.  There was only one paragraph on the disorder; however, he assured my worried parents that the genetics clinic at Johns Hopkins was well equipped to handle metabolic disorders.

Growing up with HCU: 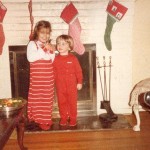 I feel very blessed to have had such wonderful, loving & dedicated parents who along with my doctors at Johns Hopkins closely monitored my diet in my formative years.  I will also sheepishly admit that I did not make it easy for them.  The diet is very strict, and I would often try to eat things that were not allowed.  A person with HCU shouldn’t eat meat, eggs, cheese, fish, and many other foods that are high in protein.  On top of that, there is the formula which is not pleasant tasting, but is necessary for proper growth & development.  To compound things, when I eat something I’m not supposed to – let’s say a slice of pizza – I don’t feel sick in any way.  HCU is not like a food allergy or diabetes, where eating the wrong food will result in an immediate physical reaction.  This makes it is very difficult for a child to understand.  I often felt it was unfair that my brothers & classmates could eat things like pizza, hot dogs, ice cream & cake.   My parents had to learn the fine art of making me feel special, but not different from my peers.

Aside from my special diet, growing up I was like any other child my age.   I participated in a variety of activities including ballet, gymnastics, basketball, softball, & girl scouts.  I was above average in school, and attended several summer camps for gifted and talented children.  My parents taught me an important lesson early on – that although the diet limits what I can eat – that doesn’t mean it should limit what I can do. 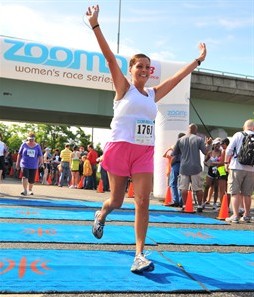 I’m happy to say the diet has been successful & I have never had a major complication of the disorder.  Throughout my life, I have never let HCU define who I am.  My parents did such a great job in maintaining my diet and making me feel “normal” while growing up – that I sometimes forget I have HCU.  However, this is not something that goes away as you get older, and I can’t deny that HCU is a part of my life.

In 2011, I had the opportunity to meet some other patients with my genetic disorder at the first ever Homocystinuria conference in Denver.  I had never met another person with HCU until that conference, and as I looked around the room, I realized how lucky I am to have been diagnosed and treated for HCU at such an early age.  I was overcome by emotion listening to everyone’s stories, and I came away from the experience with a desire to do something to impact others living with rare disease & their families. 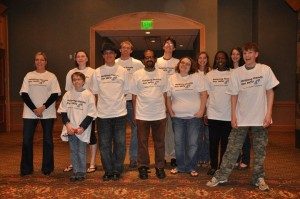 I got into running about 10 years ago.  My love of running started with the Broad Street 10 miler in Philadelphia.  The thing I remember most about that race was the expression of pride on my parent’s faces when I crossed the finish line.  That was the only race that my Dad, Bill, ever got to see me run.  He was diagnosed with cancer in 2007, and passed away in September of that same year.  After his death, running became an outlet for dealing with that difficult time in my life.

Since then I’ve completed multiple races including several half marathons, a few century bike rides, a triathlon, and; in the fall of 2011 (inspired by the stories at the HCU conference) I completed my first full marathon in Philadelphia.

After the Philadelphia Marathon, I started thinking of ways I could connect my passion for running with my desire to help others struggling with rare disease.  While doing some research on the internet, I discovered the Running for Rare Disease team, a group of dedicated individuals who run marathons to raise awareness and funding for the rare disease community.  In 2012, I joined the team first as a patient partner.  Later that same year, I was asked if I’d like to join the team as a runner in the 2012 Boston Marathon.  I eagerly accepted the invitation, and on April 16, 2012, I crossed the finish line of my second full marathon – the prestigious Boston Marathon. 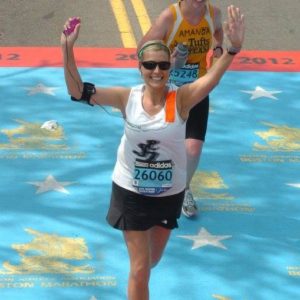 After completing the 2012 Boston Marathon, I wrote a letter to the CEO of Genzyme in support of the Running for Rare Disease Team, and I will never forget his response to me.  He said, “Never forget the role you play or the impact you can have – you can and are changing the world.”

I am forever grateful for the Running for Rare Disease Team for providing me with a platform to raise awareness for HCU, and other rare disorders.

Fast forward to 2017, I’ve now completed 12 full marathons (4 of them with the RFRD Team), and have raised over $25,000 for the National Organization of Rare Disorders and $5,000 for the American Liver Foundation.  The funds I’ve raised for NORD have contributed to a restricted research grant for HCU, and have helped support NIH’s undiagnosed diseases program.

This past year, I’ve also been working with Margie McGlynn and Danae’ Bartke to help establish a US non-profit organization for Homocystinuria.  HCU Network America is now up and running, and we are looking forward to having a big impact within the HCU Community in 2017 and beyond!

Donate in Honor of Kristin