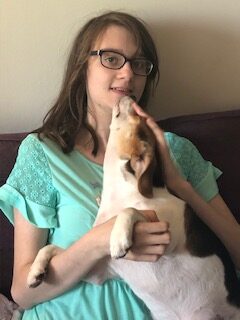 Our journey with Homocystinuria started in October 2015 standing in our pediatrician’s office glaring at my daughter’s extended limbs and listening to her heart murmur. “I think she has Marfans”, the doctor said alarmingly followed by “You need to see a cardiologist right away”. At the cardiologist’s office, I pondered and searched the devastating effects of Marfans. Thankfully, her cardiologist visit was somewhat successful since Marfans had been ruled out, but what was this then?

We were referred to Dr. Wendy Chung, Clinical Geneticist at Morgan Stanley Children’s Hospital in NYC. Our visit was simple and informative. Blood samples were taken from my husband, myself and our daughter, Summer. The wait was long for answers. In February 2016, Dr. Chung called me. “It’s Homocystinuria”, she said in a matter of fact tone. “You’re going to have to come in for an appointment every three weeks for the first year”, she said. Both my husband and I are carriers of the gene, but we don’t have Homocystinuria. We then embarked on a lengthy journey which explained the strokes Summer suffered in utero, all the partial seizures she’s had since birth, her difficulties in school and her rather tall, lanky physique from two short parents.

The first year was the longest. We went from protein packed dinners to abysmal tasting meals (we ate the same meals in support of Summer’s new way of life.) We acquired 9 new doctors to deal with the complications and effects Homocystinuria has had on her body, not including her dental team or nutritionist. A big surprise was all the medicine and vitamins she would have to take regularly. After paying $600 a month (after insurance) for Cysteine, the bigger shock was the cost.

Our biggest challenge with Homocystinuria is not the disorder itself, but making people understand the effects it has on my daughter’s body and livelihood. How many school cooking classes and visits to her friends’ homes will it take before the teachers and parents realize she can’t eat chicken nuggets with a glass of milk followed by a huge serving of ice cream? Likewise, the learning challenges she’s faced in school since the first day in Preschool have been monumental. Summer is in tenth grade now and they still haven’t written her diagnosis of Homocystinuria in her IEP and fail to try and understand how it affects her learning as well as her physical self. As a family, we struggle to get her numbers under control. Since she wasn’t diagnosed at birth and her palate had never been exposed to formula while an infant, Summer can’t bring herself to drink any of it. We were thankful to find a Vitamin B6 in liquid form that she could tolerate (the vitamins and medicines tend to give her terrible acid reflux). 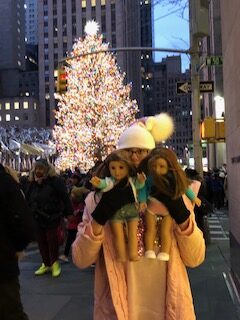 Despite the physical challenges, learning difficulties and obstacles thrown her way, Summer has blossomed into a beautiful young lady we’re very proud of. Our journey is never ending. However, we’re grateful for those we’ve met along the way who are helping us along the path of our journey.

In January, 2020 - Summer and her mother Valerie were interviewed by Pix 11 upon the release of the New American Girl Doll of the Year about why the doll, Joss, was special to them.