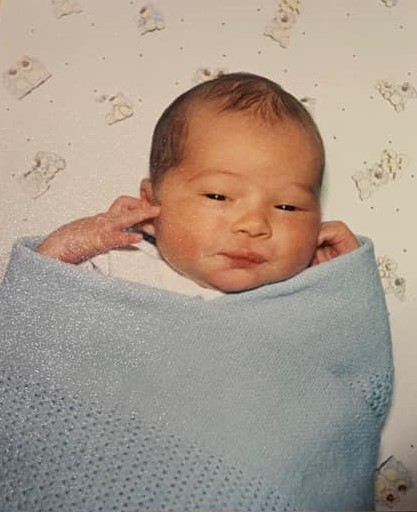 My son, Jake, was born in 1991 and within 8 weeks he was so sick they put him in hospital. We found out his hemoglobin was 6 instead of 12; then the journey of testing started. Finally diagnosed at 3 months of age with Cobalamin E Disorder, I was told he was only one of five in the world, all of whom were in a vegetative state. He would never walk, talk, feed or toilet himself. We were put on the cycle of 3x per week of B12 injections (this baby was skin and bone) and daily pills and powders. I tried so hard to contact people. I joined many online groups. I was put in touch with two siblings who were severely affected, but they never responded. I’m in Australia and there were no other Cobalamin E patients here. His skin sample was sent to Canada, and they wrote of him in journals and used his case in university exams.

Jake looked at me one day in those first few months and I couldsee the recognition and intelligence. I knew he was going to bebetter than they said. He was slow to pass his milestones, but he did. We had almost full-time therapies for his first four years and by the time he started school he was walking, toilet trained and saying a few words. Jake struggled at school, mainly as he was very immature, but he still learned to read and write and gradually spoke more. He had a teacher’s aide most days, and this helped with his focus. Jake repeated a grade, but he was almost normal from the outside. The doctors were amazed! I still could not find any other families.

When he was 13 they diagnosed him with autism. We did not know if it was related to the deficiency or separate. This explained most of his behaviors. He matured quickly all of a sudden and although he still required help, he finished year 10. He loved music and played guitar, self-taught as he didn’t want to go to lessons.

My son was an almost normal teenager and grappled with the medication he needed. He learned to do it himself eventually. He went to TAFE (Technical and Further Education – Australia’s largest vocational education and training provider) and studied fitness right up to diploma with minimal help. He is now in his final year of a degree in body science. He married a nurse in November. I’d say the only thing you’d notice about him is his behavior with his mild Autism/Asperger’s. He’s a bit particular about things sometimes. He has no symptoms of the deficiency except tingling of fingers and toes sometimes. He’s a miracle! 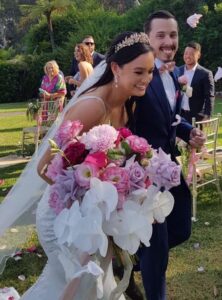