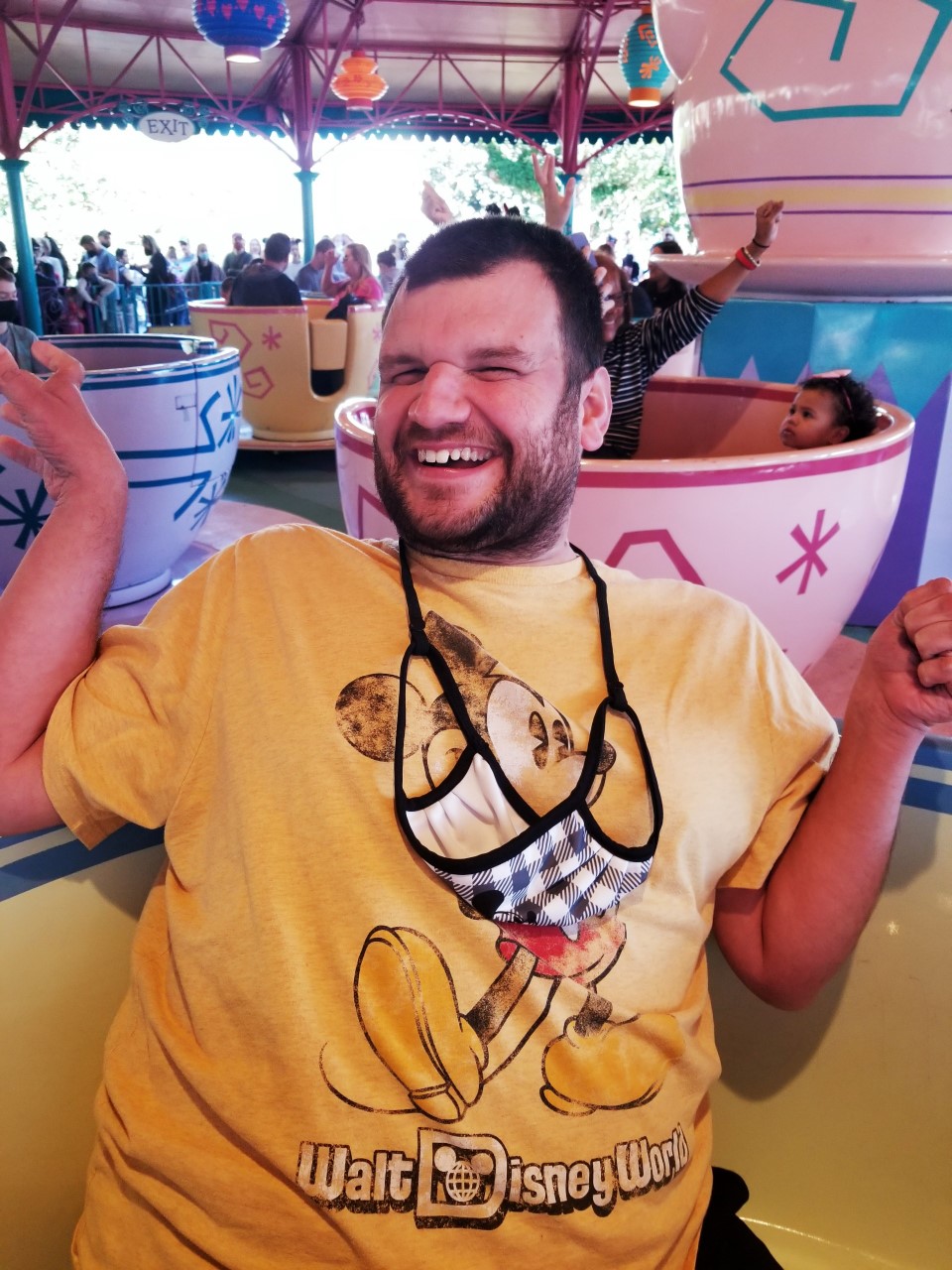 My name is Karen, mom to Matthew. Our story begins way back in 1989 when my husband and I were expecting our fourth child. We were so excited to add another beautiful child to our family. Never did we imagine after having three healthy babies, we would have a child with a rare genetic disorder. But this life is never predictable.

When I was pregnant with Matthew, I took the alpha fetoprotein test because my dad's family has a history of spinal bifida. The test was negative for spinal bifida, but showed a high possibility of the baby having Down's syndrome. We didn't proceed with amniocentesis because we had no plan to abort, so we just waited and prayed. Matthew was born in late April of 1990 via caesarean section since my other 3 kiddos were delivered this way. He was a beautiful baby and did not have Down's syndrome so we were thrilled. But that excitement was very short lived. First, he had some breathing issues and his lungs seemed a little underdeveloped. Then we were told he had a heart issue and we were sent to a larger hospital nearby in New Orleans, Louisiana. The heart issue is called pulmonary stenosis, and we were told we would have to watch it closely and if it got worse as he grew, he would need to have surgery. So far, his heart is ok, some thickening of the lining, but all in all he is doing ok.

Next came feeding issues; he vomited everything we fed him. We tried so many formulas, nothing would stay down. When he wasn't vomiting, he was gagging. It was nightmarish gagging. We ran tests to check his stomach, but there were no issues. Then while dealing with this he kept having ear infections as a newborn. We finally took him to an ENT specialist and he said Matthew needed tubes in his ears at 2 months old. He also said Matthew had something called laryngomalacia, the throat muscles were so weak and floppy that it caused his vomiting and gagging. He said time would fix the problem. Our next issue was his eyes; they operated independently and shook a lot. I took him to a pediatric eye doctor who said he had strabismus and nystagmus and needed surgery on both eyes. He had surgeries to correct this.

By the time he was 5 months old he still could not support his head or trunk. I finally took him to yet another doctor who I credit for saving Matthew's life. She took one look at him and knew something was wrong with him, really wrong. You see, all this time I took him to countless doctors and they concluded that I was just looking for issues because of the trauma of thinking he was going to have Down's syndrome. Yes, my fourth child and they didn't think I knew what a 5-month-old should look and act like.

The neurologist I saw started with bloodwork, ordered an EEG, and urinalysis. The EEG showed brain damage. Urinalysis showed Methylmalonic aciduria. As sad as I was to hear this news, I was ecstatic to know I wasn't crazy! Dr. Tardo connected me to Dr. Shapiro, a geneticist at Tulane hospital in New Orleans.

The very first visit he gave Matthew a hydroxocobalamin injection and Matthew stopped the constant gagging and vomiting. It was miraculous... for a little while. We learned to give him the daily injections, Carnitor and Cystadane. Life was good for 6 weeks and then more problems! He started screaming day and night, vomiting again, and having violent fits. Again, I took him to see various doctors! No answers. Then one day I noticed his eyes were rolling downwards. I rushed him to my pediatrician, and he said it was called sunset eyes and to get him to New Orleans right away. He had hydrocephalus; fluid buildup on the brain. We had to place a VP (ventriculoperitoneal) shunt from his brain to his stomach to drain the fluid. The next 8 years were hell. The shunt constantly broke or clogged requiring more surgeries. Not to mention all the stomach bugs he caught, and he even caught chicken pox (which almost killed him)! Eventually things got better and he started gaining weight, walking and "talking" or should I say communicating with those who were around him daily. 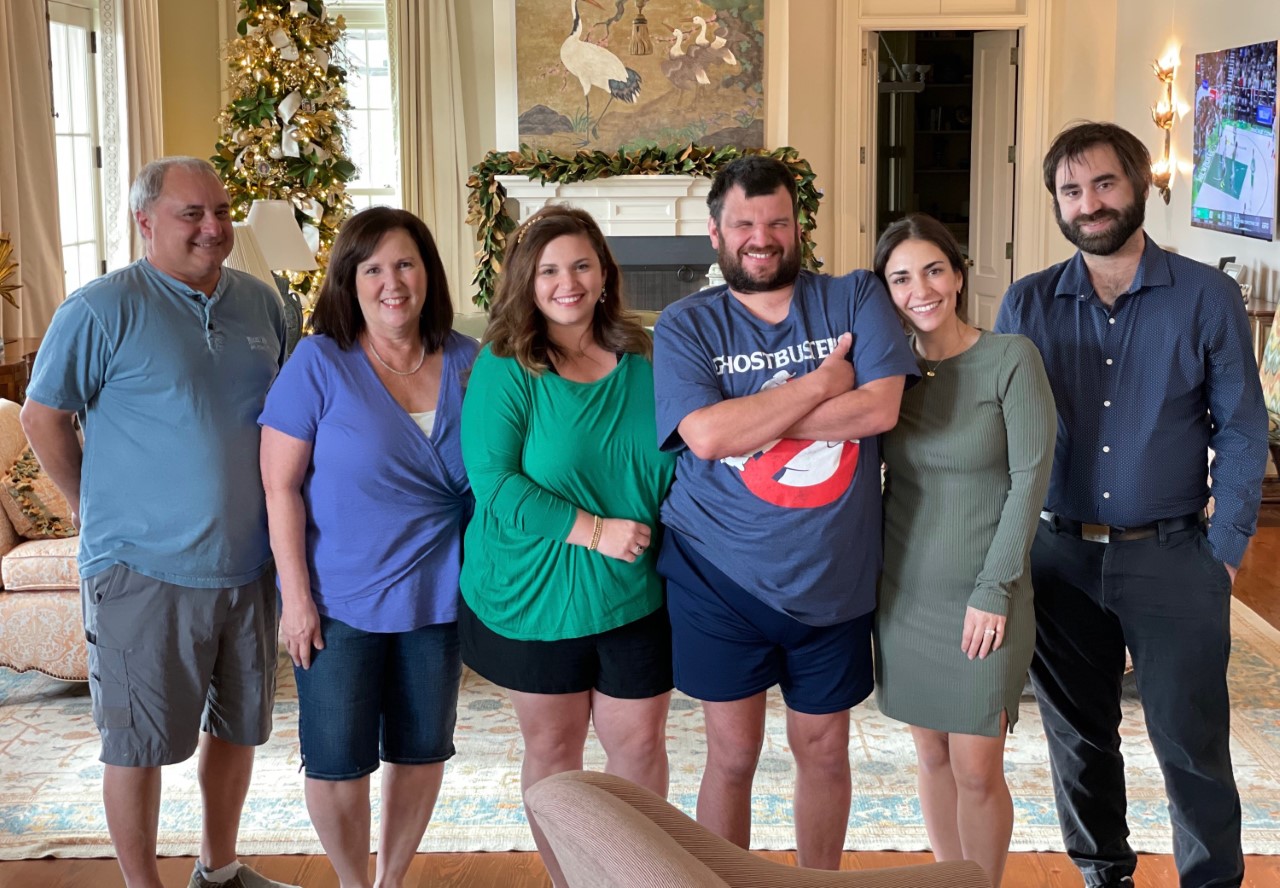 All this being said, my other three children were amazing throughout Matthew's lifetime. I don't know how I managed to keep up with them and their activities and also Matthew and all his doctors and therapies, but we did it! There is plenty more I could say about Matthew, but I am afraid it would be a book when I am done.

Matthew is a happy, healthy young man. Still in diapers and needs total assistance for bathing, brushing teeth, dressing, feeding, etc. His siblings and their children adore him. He loves to bowl, watch movies, play video games, and go to Disneyworld. He is now almost 32 years old, weighs 215 lbs., walks, kind of talks, and unfortunately still has shunt issues! We just had to replace it this past summer!

Life is tough as I am now almost 62 years old and a grandmother to 6 beautiful grandkids plus Matthew! Seems the physical part is starting to affect my back and knees, but I will survive.

My heart goes out to all of you reading this since we are all in the same boat.

But the joy that Matthew brings out in all who meet him tells me he is certainly a gift from God and was put on this earth to show us all what pure love is.