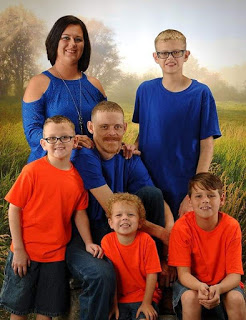 My name is Amanda and I have four wonderful boys and two of them were diagnosed with HCU in July of 2016. We found out when Gavin went for his annual eye exam the end of 2015 that his lenses had dislocated and just a month after that we took Zakary for his annual eye exam and found out that his lenses were also dislocated. They referred us over to a geneticist at Brenner Children’s Hospital and that is when we found out that they had HCU. The geneticist at Brenner’s wasn’t experienced in HCU so she sent us to UNC Children’s Hospital to see Dr. Lori Smith. When she did blood work and got their levels back they were both over 300.

We have battled constantly with their levels due to having a hard time with adjusting to the food change and the medicines. Since Gavin was 10 and Zakary was 5 when they were diagnosed they didn’t take well to the formula and diet change. In March of 2017, Zakary was sent to Nationwide Children’s Hospital in Columbus Ohio to have his lenses removed and artisan lenses put in place, and in August 2017 Gavin had the exact same surgery. In total we had to make over 20 trips in a year.

Then in July 2018 Zakary had an accident at home playing with his little brother and got one of his lenses knocked loose so we had to make an emergency trip to Ohio to have another surgery to repair it. After these surgeries the boys made 100% turnaround with their vision. Before their surgeries they both couldn’t see the 20/400 letter with glasses and after their surgeries they both could see 20/30 and 20/40 without glasses! We were so excited of the progress that both the boys were making. Their levels were slowly coming down and everything was looking up for them.

Then sadly on Thursday October 19th, 2018 Zakary had just finished playing his baseball game and about 2 miles from the ball field on the way home, Zak told me he was going to be sick so I pulled off the side of the road and he got out. He never got sick and got back in the car and started jumping up and down and had tears rolling down his face and told me to call the doctor. I got him back out of the car and he was breathing really fast and still jumping and crying. I looked over at him and his face had turned blue. My husband Brian pulled up right after that and started CPR. A nice man had stopped to help me and told us to take him to the fire department which was about a mile from us. Brian loaded him in his truck and we took him to the fire department. He had already went limp again so he started CPR on him again. I finally got the firemen out there to help us and shortly after that the EMS arrived and took over. While in the ambulance, the paramedics lost him for 15 minutes while on the way to the hospital. Once they made it to the hospital they had finally got him stabilized and things were looking ok, then he started having continuous seizures that they couldn’t get under control. The first few days everything was looking good. His brain wasn’t swelling and his eyes were still reacting. He was out breathing the ventilator. Then Saturday came around and he still wasn’t waking up and nothing was really changing, and the doctor called us into a small room and told us that things weren’t looking good and that we most likely would be going home without him. We tried to stay positive because we knew the only person that could tell us that he wouldn’t wake up was God. Saturday night came around and they did another CT scan and his brain had swelled so bad that you couldn’t even make it out. It was just solid white. Monday his eyes stopped reacting and that is when we knew things weren’t looking good. On Wednesday October 24th 2018 our precious Zakie left us to go play baseball with the angels in the outfield. 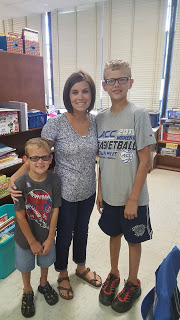 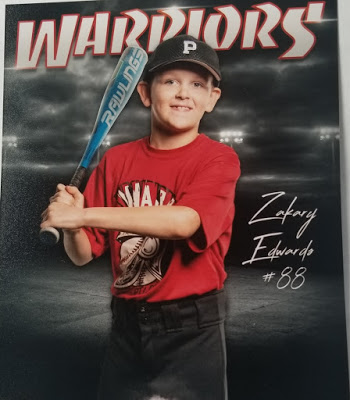 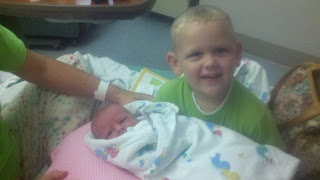 It has been almost 3 months now that he gained his angel wings, and it still feels like a bad nightmare that I’m going to wake up from and see my little boy running at me with arms opened wide and that big smile saying mommy I love you and giving me one of his big bear hugs. The hardest thing for me is that I will never get to cheer him on at his baseball games (which were his life), I’ll never get to see him graduate high school, I’ll never get to see him get married or have children. Our community has been a wonderful support and it just shows how many lives that our sweet angel touched. We have had so

many people to tell us that they had only met him once but that he had made such an impact on them. He had a pure heart and loved everyone no matter your flaws. He never saw anything wrong with anyone. When we were at church he would always be the first person behind you if you went to the altar to pray and he always put everyone before himself. His 3 brothers have taken it really hard especially his little brother, Hunter. He was his best friend they did everything together. Hunter talks about Zakie everyday, no matter what.

Needless to say our journey with HCU has been very traumatic and I pray that I won’t have to ever deal with something like this again, but knowing that Gavin also has HCU scares me to death because we never know if something like this is going to happen to him also. The only thing we can to is to work harder at getting Gavin to follow his diet and take his formula like his is supposed to. I do believe that if we would have found this on their newborn screening it would have been a lot better for both of the boys in many ways. First, they would have taken their formula without having as many problems because they would be used to it and second, the diet wouldn’t have been a big issue because they wouldn’t know any different.

This has been a long journey in just a little over 2 years, and I would have never guessed that we would have had so much to go through in such a short time. I just pray that they will be able to find a way to catch HCU better on newborn screenings so that it gives the children a better chance of life. Both Gavin and Zak had several side effects from not finding out until they were older. They both had a severe learning disability and they both had to have the eye surgery. Zakary had a mild case of scoliosis and they both had several behavior problems from it.

This letter has been very hard to write but I know by telling our story that we may be able to help another family from having to go through what we have been through. To read more about the Edward's Family story, you can click on the following link: thomasville-parents-mourn-loss-of-8-year-old-son-who-had-rare-genetic-disorder