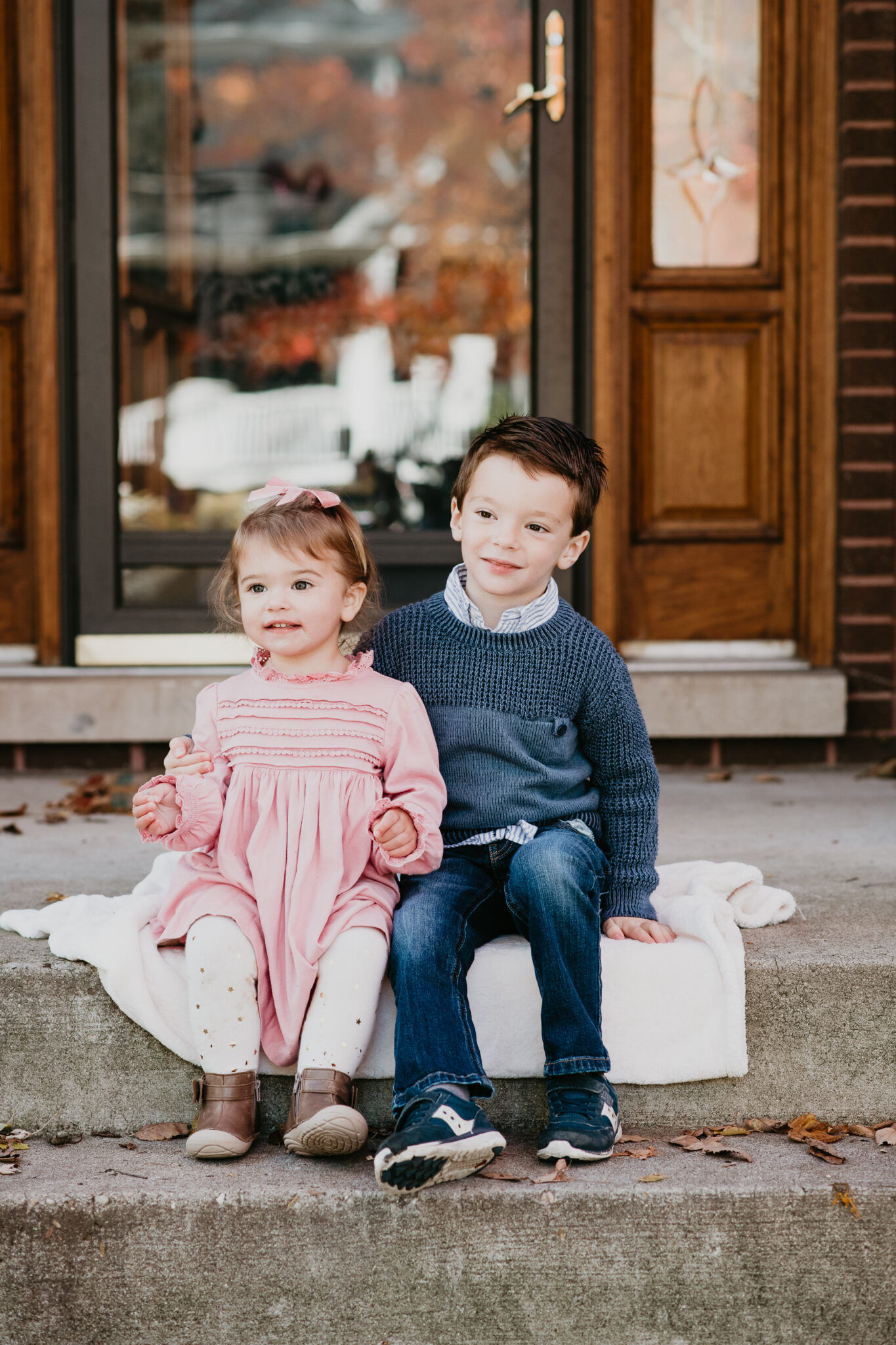 Virgil and Annie from Illinois

When Virgil was born in 2016, the newborn screening at the hospital (or “PKU test”) returned one abnormally high result. Our doctor ordered a re-test. Then we had to take him to ACL labs to get another blood test. Additionally, they also wanted a urine sample; we had to adhere a plastic bag around our baby boy, and once nature called, we had to drive it to a hospital an hour away to get it tested.

After about two weeks, the diagnosis was official: Virgil had Homocystinuria, a rare metabolic disease. Like any new parent we freaked out, and then when we visited Google MD we freaked out some more. Most sites describing the effects of Homocystinuria mention high risk of eye lens dislocation, delayed brain development, and an increased risk of stroke and blood clots. None of the sites contain the caveat, “these risks are close to zero if treated properly through diet.”

Our doctors reassured us though: with a special metabolic formula and following a rigid “low protein” diet, he would develop normally and lead a happy, healthy life. Four years later that has come to pass.

Luckily, Virgil has been a rock star, and has always been fully compliant in drinking his metabolic formula.  He doesn’t fully understand yet that he is on a special diet, but he happily drinks his “milk” each day (HCU Next, about 25oz per day), and we keep his protein from foods (with the help of our amazing dietician at UIC Chicago and meticulous tracking) to 6g per day.

At the moment with our picky toddler, his meals mainly consist of gluten-free bread/toast, dairy-free cheese, LOTS of fruit pouches and some veggies pouches, and chips.

To say Kristen & I were overwhelmed – and scared, worried, sad – after the diagnosis was an understatement. But, we were able to figure it out together. As part of the low-protein regimen, Kristen had to alternate feedings, one breastfeeding, one special formula. Virgil took to this well and was growing and thriving.  His blood levels quickly dropped to a good place. Alternating feedings was difficult, as were the extra pumping sessions for Kristen, bottle feedings, and tracking of what he consumed each day. Luckily I had a generous paternity leave so was off of work, and we were able to figure it out together.

Fast forward to 2019. As we were awaiting our second baby, we knew that as carriers for Homocystinuria, baby #2 had a 25% chance of having the condition as well. But surely that wouldn’t happen, right? Annie was born on a Friday afternoon in April. They did her blood test Saturday afternoon and told us we would have results by Sunday. Given we had a newborn, we slept a few spotty hours that night. I woke up Sunday morning a bit delirious, with our pediatrician already in our hospital room doing her newborn check-up. After going through vitals and blood pressure, she checked the computer for blood test results: her homocysteine level was 60, and the typical range is 0-10. EXPLETIVE. Annie was also diagnosed with Homocystinuria.

The second time around it stung less, and we were able to process it all faster. Having been through it once, we already had a deep understanding of the condition and treatment. We already had a pantry full of formula for Virgil that we could begin providing to Annie. Yet, though we were more prepared, it was extremely helpful to be off of work as we dealt with it (extra doctor appointments, delivering blood samples, etc.).

A lot of people said to us after Annie was diagnosed with HCU: "Isn't it better that Annie has it too, so Virgil doesn't have to watch his sibling eat things he can't?" While it's a silver lining that they will have each other to relate to, you would never want your child to have a chronic health condition.

Annie is now almost two years old, and she makes us laugh every day. She is currently limited to 3g of protein per day (both kids are non-B6 responsive), but she is also great about drinking her formula each day (25-30oz per day). Having heard parents’ stories of kids that were diagnosed when they were older, we feel extremely lucky that both kids were diagnosed from the newborn screening, so they could start drinking the formula from birth.

Some things that have worked well for us have been making games at the dinner table. When Virgil started on Cystadane (age 2 or 2.5?) it was really hard to get him to finish all of his water during dinner, like the doctor asked. So we did a lot of “cheers” and we did “water drinking races”, etc., to get him to finish. We also watch a lot of TV in our house - and we’ve found that if one of the kids is low on their formula intake for the day, when we put a show on they mellow out and drink 5-10 ounces when we plop them on the couch.

Having been in the HCU community for almost 5 years now and hearing about older kids rebelling against formula, or growing to dislike the taste, makes me very worried about the future. We also know that Virgil, who is almost 5, is a very stubborn and willful child - so is there a risk he grows older and becomes stubborn and willful about staying compliant with his diet? We’ve also noticed that Annie has taken more of an interest in her parents’ food and wanting to grab items from our plate - so she may be a handful as well.

But as of now they are both doing well and are growing and thriving. Here’s hoping in a few years time there will be a cure!