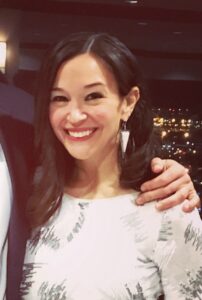 Angela Pipitone is a metabolic dietitian at The Johns Hopkins Hospital in Baltimore, MD, United States. Angela specializes in medical nutrition therapy for inborn errors of metabolism, including homocystinuria and other methylation defects. She holds a Bachelor of Science degree from the University of Delaware with a major in Dietetics, minoring in Psychology. She went on to complete her dietetic internship with a clinical focus at Johns Hopkins Bayview Medical Center in Baltimore, MD. Licensed and registered to practice as a dietitian in the state of Maryland, she began her career in 2009 at Suburban Hospital in Bethesda, MD, as a clinical dietitian in the adult intensive care unit. The realization that she wanted to specialize and work with both the pediatric and adult population led her back to Baltimore in 2013, when her passion for working with and treating metabolic patients began.

Angela is a constant on the Hopkins metabolic service, providing medical nutrition therapy for inpatients in metabolic crisis and continuity of care for these same patients in the outpatient clinic. She firmly recognizes the importance of patient-specific diet treatment and education, noting that all metabolic patients within the same diagnosis are uniquely different. She enjoys working with patients and fami-lies to problem-solve issues that arise surrounding diets and formulas, and eagerly attempts to “make food fun.” Angela also enjoys writing, both for research purposes and for fun, and loves unleashing her creativity under her alias, “Methia,” for HCU Network America.