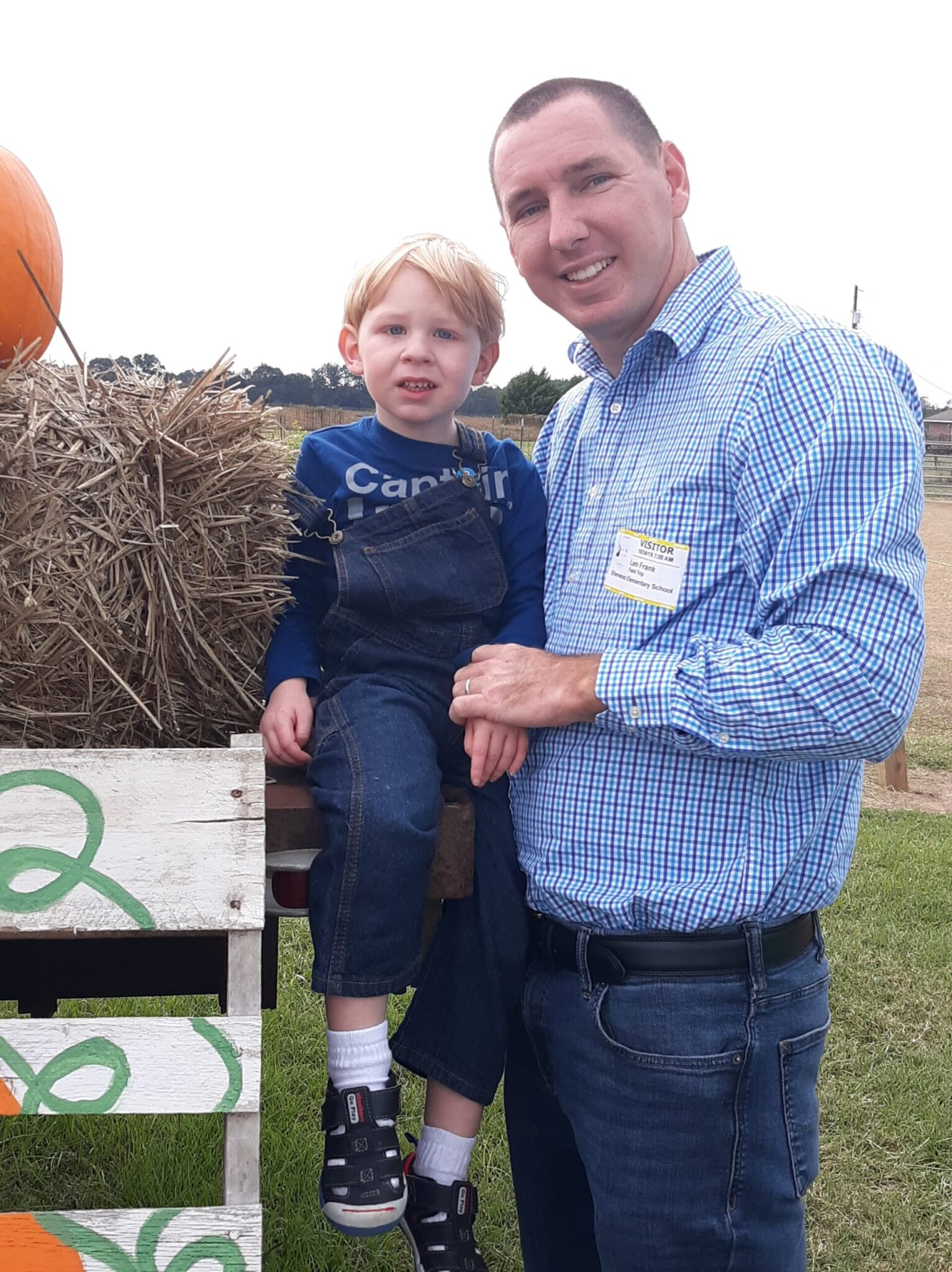 This is Leo, born September 2016 with Homocystinuria caused by a rare form of MTHFR Deficiency. He was born via c-section at 40 weeks and 1 day. My husband and I were so excited to meet our 4th child. Throughout my pregnancy I did have a feeling about something being different. It was a strange feeling but I couldn't put my finger on why, and it turned out my gut feeling was right. I was blessed with a rare little boy♥.  Leo was born a healthy 7 pounds 6 ounces and had a precious first cry. Leo did have some skin issues, red bright patches on his face, noisy eating and wasn’t very alert. He just slept and ate. This did not alarm the doctors because most newborns do sleep a lot. I still had that feeling in the pit of my stomach though. A few days had passed and we were sent home to start our new routine.

A week into Leo's arrival a phone call arrived. It was the hospital informing us Leo's newborn screening confirmed he had a metabolic disorder. He had extremely high levels of homocysteine. My stomach dropped and tears started coming down my face. I didn't know what to expect or even what a metabolic disorder was. The Gainesville, FL genetic team soon after met with me and told me Leo needed to have several blood and urine tests done to confirm his diagnosis. They had told me at first it was Homocystinuria so we tried learning everything we could about this disorder. He was 6 weeks old at that time and still the genetic team was waiting on approvals for medication and trying to figure out dosing for him. A week went by and I noticed Leo was lethargic and didn't feel that warm to the touch after being uncovered so I took him to his pediatrician. Once we arrived she did a rectal temp which turned out normal. He was alert then so we went home. Everything seemed okay.

Another week went by; Leo is now 2 months old. The morning of December 3, 2016 I noticed Leo sleeping through his feeding so I would wake him trying to get him to eat. He would not wake to eat and was back to feeling cooler than he should. He wasn’t cold but his head was slightly cool. We got alarmed and took him to the hospital. Once we arrived the nurse confirmed Leo was 94 degrees, and I told the doctors what his condition was so they could call his genetic doctors in Gainesville. They never heard of HCU and were trying to read about it at the hospital. They did a spinal tap, checked his brain activity (which showed no activity), did blood and urine tests, x-rays, and a CT scan. We were there all day. By 11 pm they decided to have Shands Children’s Hospital come pick Leo up by helicopter. We were told to go home and go to sleep and drive there the next day because it was almost midnight by the time Shands had picked him up. There was no way we could do that. We hit the road and it took us 5.5 hours to get there. At Six am the next morning we finally arrived. They had already done an MRI, finding a clot on the brain called Cerebral Venous Sinus Thrombosis.

Leo was in the ICU for a little over a week. He had to have a heater, feeding tube and oxygen. Doctors started Cystadane and Leucovorin and a B12 shot along with Lovenox hoping that would help him. He slowly but surely started waking up and being active after days on all the medications, and it was the first time I had ever seen him this alert. It was so heartwarming to see him coming back to me. He slowly got off the heater followed by the feeding tube and oxygen. He made progress every day. He was released to us on December 16th and the doctors taught us how to administer shots as we would be continuing the blood thinners at home for 3 months. In March 2017 a new MRI showed the blood clot had disappeared!

A new test showed that Leo has a rare form of MTHFR Deficiency that causes Homocystinuria. This condition mocks the symptoms of classic Homocystinuria but instead Leo has high homocysteine and low methionine and does not need a strict diet. He has two copies of a common variant c.655>T and two more unknown variants that have little to no research, MTHFR c.773C>G and MTHFR c.168G>A. He is being treated with Cystadane, Leucovorin and Deplin. This treatment has been working well to lower his homocysteine and raise his methionine. 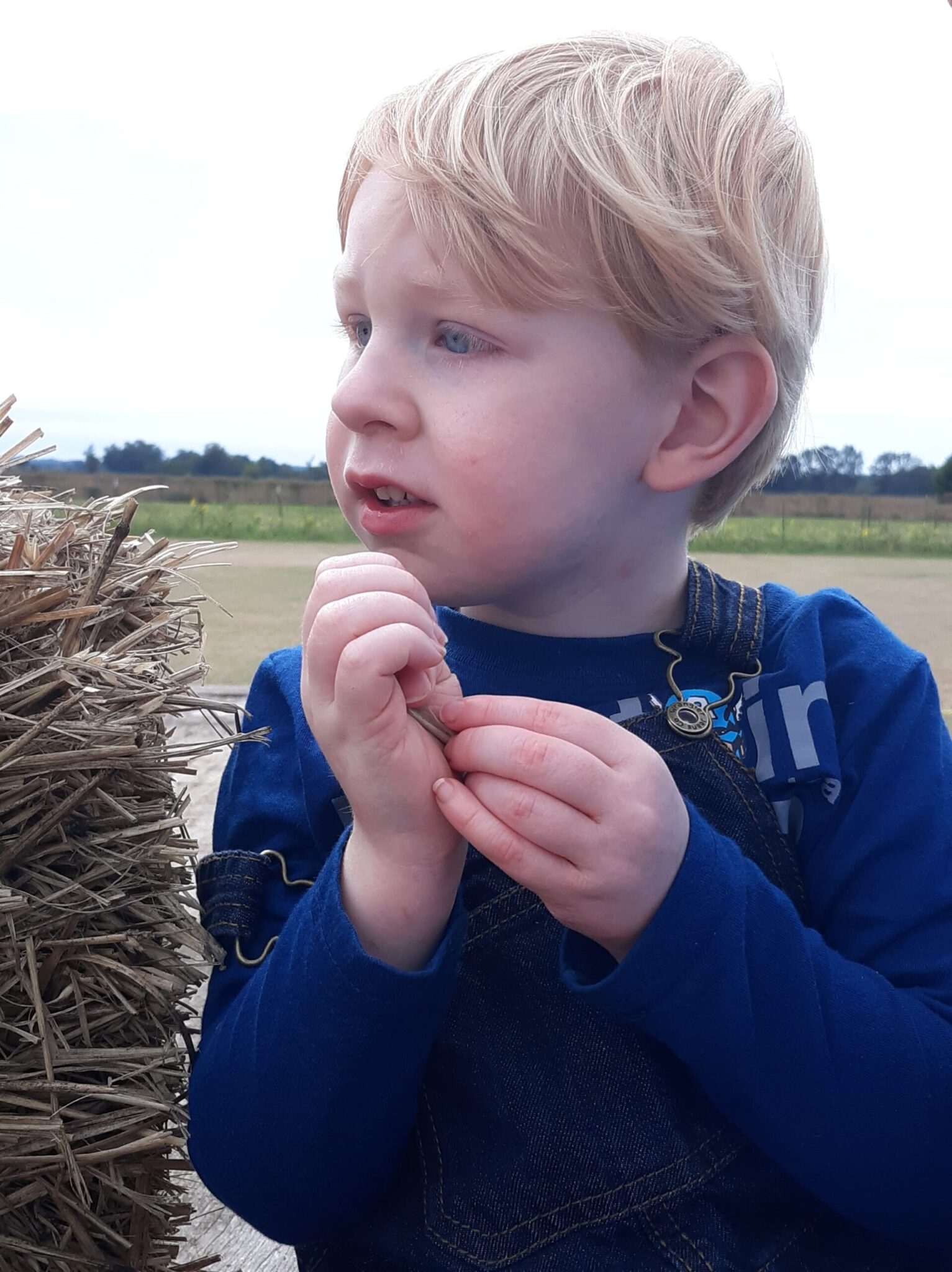 Leo has been receiving speech therapy, OT and soon PT. He has low muscle tone, microcephaly, developmental delays, somebehavioral issues, very short attention span, processing issues, neurological issues, and farsightedness. Leo is very bright; we have discovered that he learns very well by music and singing, which we have done since he was a baby. He can count to 10 and sings his ABC's. He will soon be in an academy that is designed for children with delays which will help him even further!  Leo loves books and really enjoys Spiderman right now. He is full of energy and loves to climb on EVERYTHING! He has always had a high pain tolerance as well. He is a very strong and free boy! I always say we are learning more about Leo every day and where he is going. We want him to live life just like any other child. Mommy and daddy will always be there to guide and advocate for him♥ 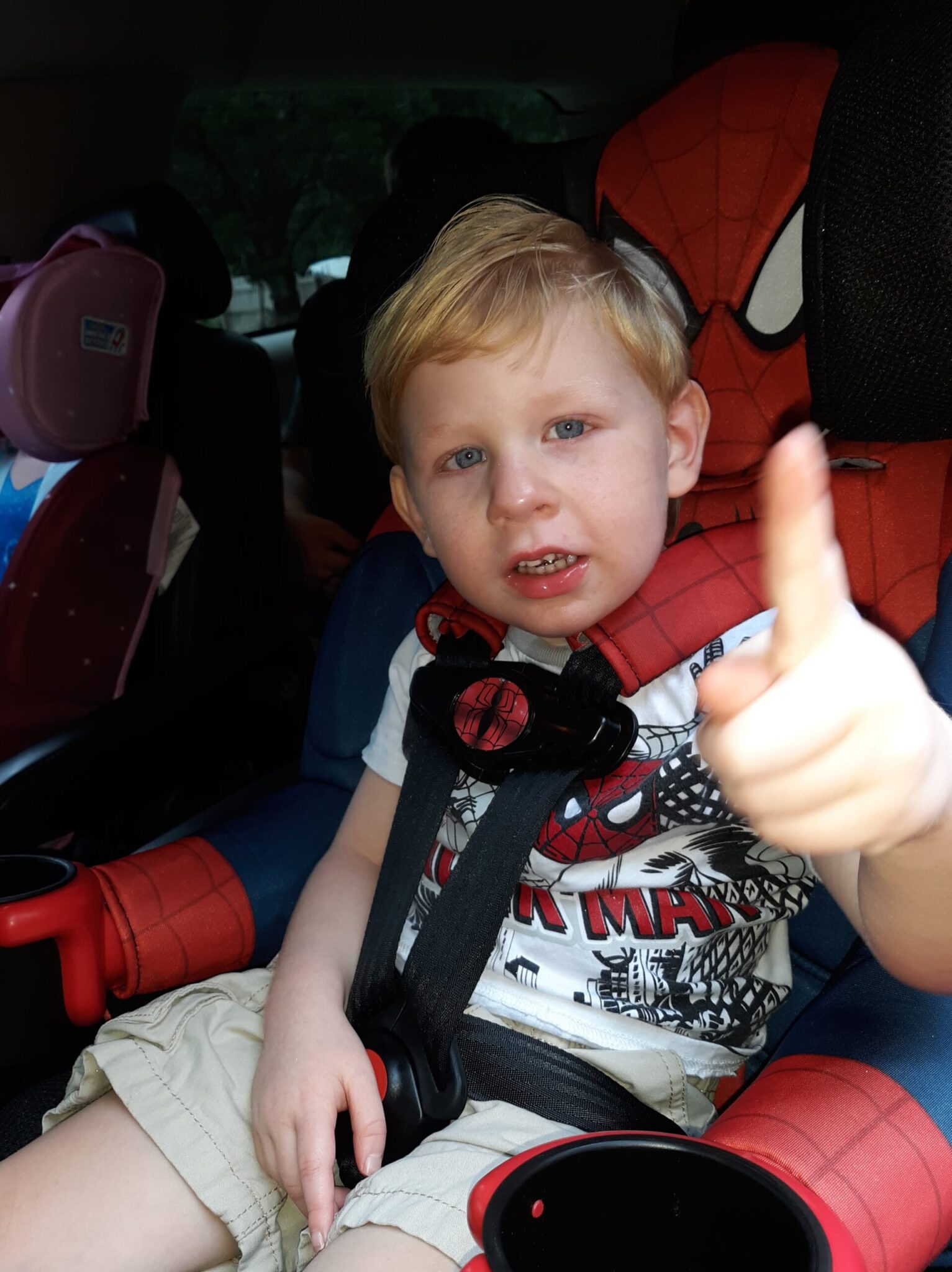