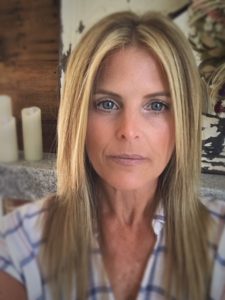 Karen Lewis and her husband Mark were first introduced to Homocystinuria when their first-born child, Benjamin, was diagnosed as a result of the Newborn Screening Program in Massachusetts. Needless say it was devastating news as parents, but after they took the time to learn about the disorder they decided to reach out to families with PKU for support since there weren’t any other families they knew with HCU. It quickly became clear that there was a great need for a parent support group and Karen and a few other PKU parents formed a non-profit group called the New England Connection for PKU and Allied Disorders. It was comprised of parents and professionals, Dr. Harvey Levy at Boston Children’s (and a board member for HCUNA) being one of the founding members. Karen held several positions in the organization and remained on the Board for many years. She has two daughters as well, Chloe and Gabbi. Her youngest, Gabbi was also born with HCU and as life got busy with the three children, she focused less  on NECPKU to put all her attention on the kids and Mark. Karen has been a stay at home mom since Ben was diagnosed and feels that now that the kids are getting older, it would be a good time to get back into doing what she can to help other new HCU parents and  families. She understands the positive impact it can have on a family to be able to talk to a mom who has been through the difficulties and joys of raising a child with HCU. It brings her such pride to see parents and patients reach out to both Benand Gabbi to ask them questions about growing up with HCU, and see how well they are doing socially, academically and professionally. Karen’s greatest joy in life is being a mom to her three children. Being able to help other families and have a positive impact in the HCU community is a wonderful bonus.