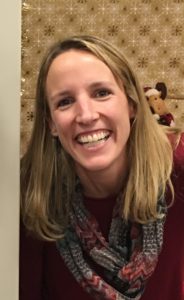 Sarah is the mother of two kids with Homocystinuria. She is a Registered Nurse in the state of Montana. Her daughter Colbie was diagnosed after she suffered a blood clot in her brain and some small strokes shortly after her 3rd birthday. After she and her husband learned that Homocystinuria is a genetic disorder, their son Cayle tested positive and was officially diagnosed two months later. She hopes that by sharing their story and being an active member in the HCU community it will bring more awareness and make newborn screening better.